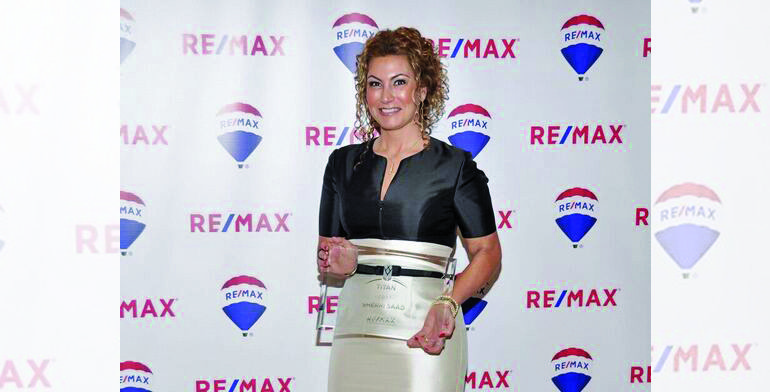 DEARBORN HEIGHTS — Sherri Saad, a broker/owner of RE/MAX Leading Edge, was honored at the RE/MAX of Southeastern Michigan Awards Gala on March 14. Saad is currently ranked number one in southeast Michigan for individual transactions and commissions, according to a press release. She has held the first place ranking since 2014.

The event was held at Pennas of Sterling in Sterling Heights, where the accomplishments of RE/MAX’s highest performers in southeast Michigan were celebrated.

“I have a passion for helping families make the American Dream a reality,” Saad said. “This passion is my key motivation and the reason for the success of RE/MAX Leading Edge.”

In both 2014 and 2015 Saad received recognition nationally by RE/MAX, LLC for being number one in individual transactions for the entire United States.

She has a long history of serving homebuyers and sellers particularly in the Detroit and Dearborn area, according to the press release. She employs more than 70 licensed real-estate agents.

“We are extremely proud of Sherri Saad and the entire RE/MAX Leading Edge team,” said Magnus Sublett, chief executive officer of RE/MAX of Southeastern Michigan. “This team works very hard to help families throughout southeast Michigan obtain home ownership. We are pleased to see them recognized for their efforts.”