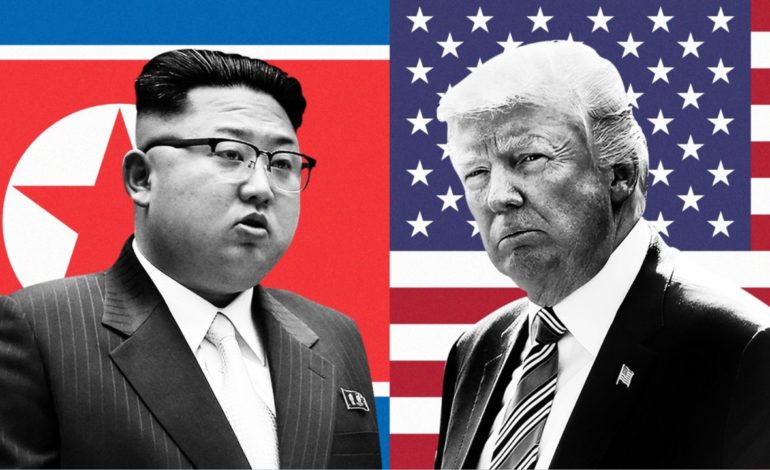 By Melvin A. Goodman

As we approach the fifteenth anniversary of the unwarranted invasion of Iraq, which we are still paying for in so many ways, it is important to remember the misuse of intelligence that provided a false justification for war.  It is particularly important to do so at this time because President Donald Trump has talked about a military option against North Korea or Iran (or Venezuela for that matter).  Since there is no cause to justify such  wars, it is quite likely that politicized intelligence would once again be used to provide a justification for audiences at home and abroad.

In 2002 and 2003, the White House, the Department of Defense, and the Central Intelligence Agency collaborated in an effort to describe the false likelihood of a nuclear weapons program that had to be stopped.  In the words of Bush administration officials, the United States was not going to allow the “smoking gun to be a mushroom cloud.”  On September 8, 2002, Vice President Cheney and national security adviser Condi Rice used that phrase on CNN and NBC’s “Meet the Press,” respectively, to argue that Saddam Hussein was “using his procurement system to acquire the equipment he needs to enrich uranium to build a nuclear weapon.”

In October 2002, the CIA orchestrated a national intelligence estimate to argue falsely that Iraq was acquiring uranium from Niger for use in a nuclear weapon.  Senior officials throughout the intelligence community knew that the so-called Niger report was a fabrication produced by members of the Italian military intelligence service, and several intelligence officials informed Congressional and White House officials that they doubted the reports of Iraqi purchases of uranium from Niger.  Nevertheless, the national intelligence estimate spun a fictitious tale of a clear and present danger based on false reports of alleged stockpiles of chemical and biological weapons; nuclear weapons; unmanned aerial vehicles; and ties between Iraq and al Qaeda that were nonexistent. In December 2002, President George W. Bush found the CIA’s case for war inadequate and asked for “something that Joe Public would understand or gain a lot of confidence from.”  Bush turned to CIA director George Tenet and remarked, “I’ve been given all this intelligence about Iraq having WMD and this is the best we’ve got?”  Instead of being truthful, Tenet replied, “Don’t worry, it’s a slam dunk!”  Several days later, Alan Foley, the chief of the Weapons Intelligence, Proliferation and Arms Control Staff, told his analysts to prepare a briefing for the president.  “If the president wants intelligence to support a decision to go to war,” Foley said, “then it is up to the agency to provide it.”  In early January, CIA Deputy Director John McLaughlin gave the phony “slam dunk” briefing at the White House.

The Pentagon’s Office of Special Plans distributed the unsubstantiated and flawed intelligence that not even the CIA would vouch for.  The Undersecretary of Defense for Policy Douglas Feith supplied bogus intelligence to the White House on Iraqi WMD and links to terrorist organizations to make the case for war, and then “leaked” this intelligence to key journalists such as Judith Miller at The New York Times. Miller had a front page article in the Times on September 8, 2002, citing administration officials claiming that Saddam was seeking “specially designed” aluminum tubes to enrich uranium, the so-called “smoking gun.”  Several days later, President Bush inserted the Times’  claim in his speech to the United Nations General Assembly.

The aluminum tube issue was central to Secretary of State Colin Powell’s speech to the U.N. in February 2003, which was based on the phony CIA estimate from October 2002.  As Powell’s chief of staff, Lawrence Wilkerson wrote in The New York Times in February 2018, the secretary’s “gravitas was a significant part of the Bush administration’s two-year-long effort to get Americans on the war wagon.  It was CIA Deputy Director McLaughlin who lied to Secretary of State Powell about the reliability of the intelligence in Powell’s speech. McLaughlin was the central advocate for the phony intelligence on mobile biological laboratories that ended up in that speech.

President Bush would have gone to war with or without intelligence, and once again we are confronted by a president who might consider going to war with or without intelligence. Fifteen years ago, we had a CIA director from Capitol Hill who was loyal to the president and unwilling to tell truth to power.  Once again, we have a CIA director, Gina Haspel, who is a White House loyalist and cannot be counted on to tell truth to power.  She was one of the Agency’s leading cheerleaders for torture and abuse, and sent the message that order the destruction of the torture tapes.  And former CIA director Mike Pompeo, a neoconservative hardliner, is now secretary of state, who earned his new position by being a total loyalist who would never tell truth to power.  Is there a voice for moderation left in the White House?

Bush’s war destabilized the entire Middle East.  Any Trump war could lead to the use of nuclear weapons that would destabilize the entire world.

Melvin A. Goodman is a senior fellow at the Center for International Policy and a professor of government at Johns Hopkins University and a former CIA analyst. This article appeared first in Counterpunch.org