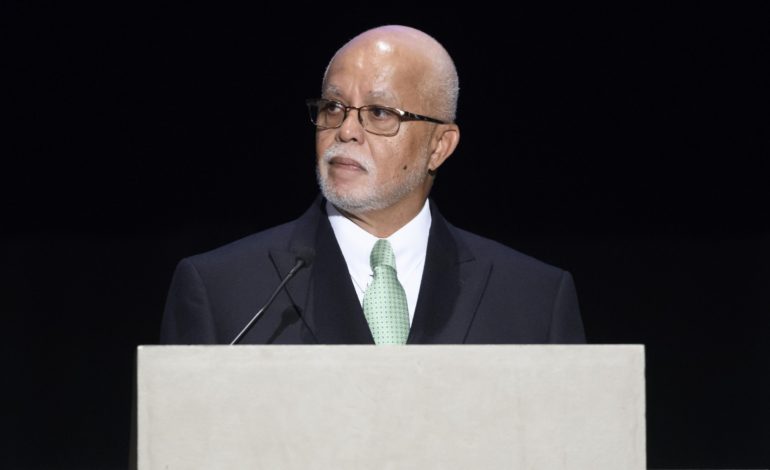 Wayne County Executive Warren C. Evans delivered a strong diversity and rebuilding message at his 2018 State of the County address before a packed invitation-only crowd at the Detroit Film Theatre. Co-hosted by the Arab-American Chamber of Commerce, the March 13 address contained messages of hope and revival for Michigan’s largest county and home to 43 municipalities.

“My administration has always valued this county’s rich diversity,” Evans said. “Embracing diversity has given us the varied perspectives we need to solve our most pressing problems. In Wayne County, we believe that America is great only when all feel welcome, when all feel valued and when all feel like they have a role to play in the success of the American experiment.”

Evans referenced “the current national climate” as driving his recently announced Wayne United initiative and the Wayne County Commission’s Feb. 8 resolution to declare Wayne County “as a place where all foreign-born and native-born Americans can live, work and play together, share in each other’s customs and ideals and appreciate and promote cultural diversity.”

In a county that has a total immigrant population of nearly 147,000 – and counting – Evans said his focus on diversity “can’t be an abstract concept.”

“Diversity has dividends,” he said. “Wayne County has benefitted from it for generations. So under the banner of Wayne United, we’re going to work toward building a more inclusive community with the other great organizations already working in this space.”

According to figures released in January by the Michigan League for Public Policy, Wayne County’s total immigrant population grew 6.5 percent from 2000 to 2015.

One of the strongest audience responses to Evans’ remarks came when he addressed those who would criticize the county’s embrace of diversity and inclusion.

“We sent a clear message,” Evans said to loud applause. “We value diversity. We don’t care where you’re from, how you talk, who you love, what God you worship or what you look like. You’re welcome in Wayne County.”

Evans also bid farewell to the Wayne County “narrative” that focused on its financial problems and welcomed a new era of rebuilding and “restored fiscal stability.”

A symbol of that new era is the county’s recently announced deal with Rock Ventures for a $553 million criminal justice center on land currently owned by the city of Detroit in the I-75 Service Drive and E. Warren Ave. area. The terms include Rock Ventures’ agreement to pay more than $150 million toward the center’s construction and all cost overruns, and its assumption and redevelopment of county properties where two jails, the juvenile detention center and the Frank Murphy Hall of Justice now sit.

“This deal will lead to three major projects that will create jobs, investment and add to the momentum of this city and region,” Evans added.

But he cautioned that the county’s crumbling roads and bridges and the lack of a coordinated southeast Michigan transit plan could slow the county’s “momentum” and its residents’ economic opportunities.

“The wealth disparity in this country and county is very real and it’s widening due in no small part to lack of transit. If we fail to address this issue of economic inclusion and equity, it will be at our own peril.”

Georgi-Ann Bargamian is a reporter for New Michigan Media, a network of ethnic and minority media across the state of Michigan.