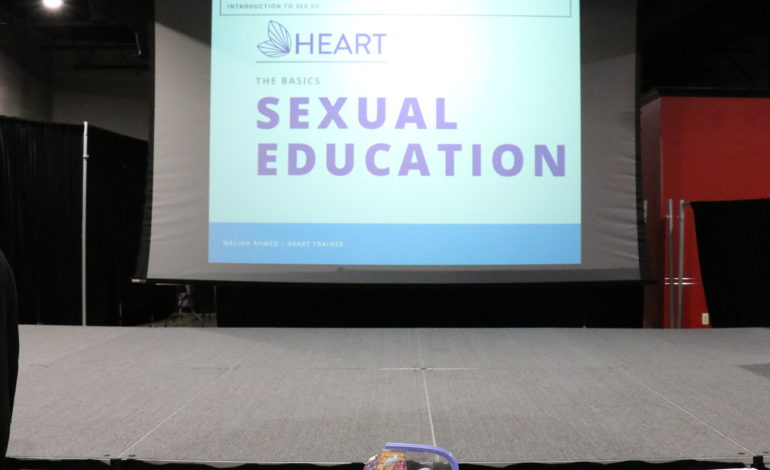 DEARBORN — There is a need for culturally-competent and accurate information on sexual health and healthy relationships in the Arab and Muslim communities. The preventative nature of this education can have long-lasting impact on individuals, their health-seeking practices and overall population health. However, if communities are reluctant to even begin this discussion, as in the case of faith/culture-based groups where sexual health is considered taboo, stigma and barriers to access persist.

A 2016 study on Muslim adults in North America found that half of survey participants reported having sex, with two-thirds stating they had done so before marriage. These statistics may be surprising to some who maintain the opinion that Muslim youth are not engaging in pre-marital affairs. Yet given the reality that they are, this population continues to be misinformed about sexual and reproductive health. Access to such education can help reduce high-risk behaviors and prevent unintended pregnancies, sexually transmitted diseases (STDs), and other health complications. Teachers in the Dearborn Public Schools are not required to teach sexual education beyond the state-required topics of HIV and other STDs. Despite the widely-acknowledged failures of abstinence-only education, the program focuses on abstinence and approximately 20 percent of students from all grades are opted out by their parents.

Traditionally, Arab and Muslim American women face barriers to health access that arise from cultural beliefs and practices. Like all women, they suffer sensitive clinical issues such as STDs and sexual dysfunction, but they may be less likely to seek help. A clinical study on Muslim American women age 18-45 revealed that 35 percent of them did not know about the spread of STIs, 46 percent did not receive regular Pap tests, 49 percent were unaware of the most effective birth control form and 53 percent could not identify when ovulation occurs.

From a preventative standpoint, protecting the integrity of the body first requires understanding its physiology and the means to shield it from harm. Providing a safe and reliable space to discuss these issues can help remove the barriers of access and stigma.

This is exactly what a new partnership between ACCESS and HEART Women & Girls aims to accomplish. Educational workshops are being delivered to the community in Dearborn and to local organizations across Southeast Michigan. The overall goal is to provide women with resources, tools and services that promote empowered and informed decision-making about their sexual health. The series has been deemed “Real Talk” for a reason.

Public health efforts often pull strength from one of their greatest assets – the community. While communities may perpetuate certain norms leading to social stigma, they can also be the ones to end them. Access to sexual health education is a boulder on the road to health equity. It cannot be moved by one person; rather, it requires collective struggle to clear a path for all individuals attain the means to prosper.

For more information about HEART Women and Girls, visit heartwomenandgirls.org.