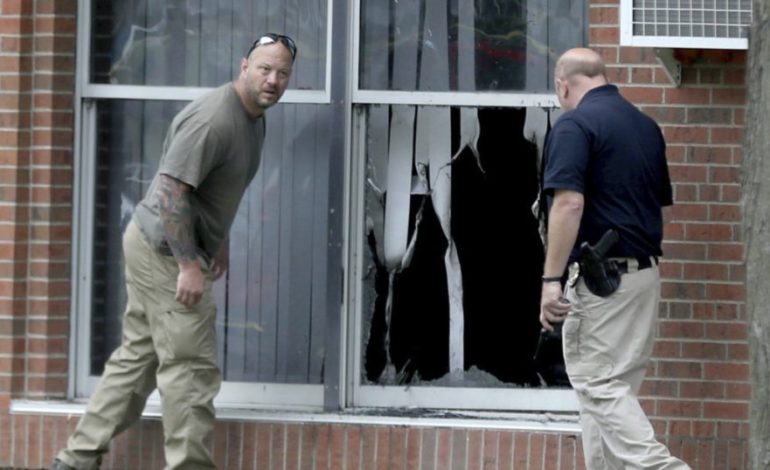 MINNEAPOLIS — Three men from a rural Illinois community were arrested on Tuesday and charged in the 2017 bombing of a mosque outside Minneapolis and the attempted bombing of an Illinois abortion clinic, U.S. prosecutors said.

Michael Mcwhorter, 29, Joe Morris, 22, and Michael B. Hari, 47, were accused of carrying out a pipe bomb attack on the Dar al-Farooq Islamic Center in Bloomington, Minnesota, on Aug. 5 that damaged the building but caused no injuries, according to a statement from the Minnesota U.S. Attorney’s Office.

A representative from that office was not immediately able to identify lawyers who might be representing the men, who are in custody in Illinois. The Illinois U.S. Attorney’s Office did not immediately respond to a Reuters request for comment.

The Dar al-Farooq mosque mainly serves Somalis in the Minneapolis area. Minnesota has the largest Somali community in the United States, according to the most recent census estimates.

Police in Bloomington were called in the early morning of Aug. 5 about an explosion at the mosque, after a bomb was thrown from a van or truck through the window of the imam’s office while worshipers were gathered for morning prayers, and the vehicle was seen speeding away.

The three suspects were arrested by FBI agents in Illinois and also charged with possession of assault rifles, which are classified as machine guns, and an attempted bombing of the Women’s Health Practice in Champaign, Illinois on Nov. 7, according to a statement from the Illinois U.S. Attorney’s Office in Springfield.

A fourth man Ellis Mack, 18, was arrested for possession of an assault rifle, federal prosecutors in Illinois said.

All four men are from Clarence, 35 miles north of Champaign-Urbana.

Anti-Muslim incidents rose sharply in the United States in the year after the 2016 U.S. presidential election, according to a review by the Council on American-Islamic Relations.