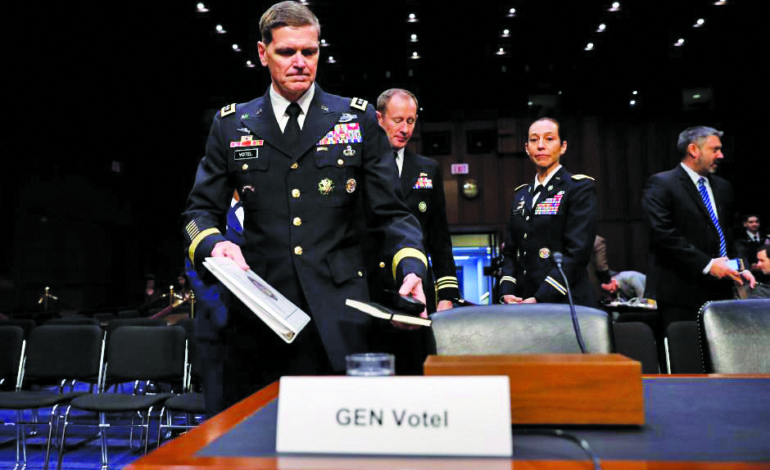 WASHINGTON, D.C. — On Tuesday, top U.S. general signaled support for the Iran nuclear deal, saying the agreement, which President Trump has threatened to withdraw from, has played an important role in addressing Iran’s nuclear program.

“The JCPOA addresses one of the principle threats that we deal with from Iran, so if the JCPOA goes away, then we will have to have another way to deal with their nuclear weapons program,” said U.S. Army General Joseph Votel. JCPOA, or Joint Comprehensive Plan of Action, is the formal name of the accord reached with Iran in July 2015 in Vienna.

Trump has threatened to withdraw the United States from the accord between Tehran and six world powers unless Congress and European allies help “fix” it with a follow-up pact. Trump does not like the deal’s limited duration, among other things.

Votel is head of the U.S. military’s Central Command, which is responsible for the Middle East and Central Asia, including Iran. He was speaking to a Senate Armed Services Committee hearing on the same day that Trump fired Secretary of State Rex Tillerson after a series of public rifts over policy, including Iran.

Tillerson had joined Defense Secretary Jim Mattis in pressing a skeptical Trump to stick with the agreement with Iran.

“There would be some concern (in the region), I think, about how we intended to address that particular threat if it was not being addressed through the JCPOA. … Right now, I think it is in our interest” to stay in the deal, Votel said.

When a lawmaker asked whether he agreed with Mattis and Chairman of the Joint Chiefs of Staff General Joseph Dunford’s position on the deal, Votel said, “Yes, I share their position.”

Mattis said late last year that the United States should consider staying in the Iran nuclear deal unless it was proven Tehran was not complying or that the agreement was not in the U.S. national interest.

A collapse of the Iran nuclear deal would be a “great loss,” the United Nations atomic watchdog’s chief warned Trump recently, giving a wide-ranging defense of the accord.

Iran has stayed within the deal’s restrictions since Trump took office, but has fired diplomatic warning shots at Washington in recent weeks. It said on Monday that it could rapidly enrich uranium to a higher degree of purity if the deal collapsed. γ