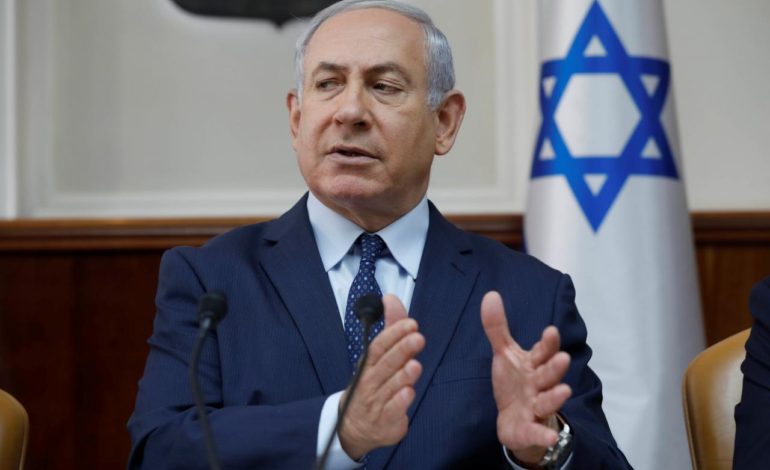 If scandal-plagued Israeli Prime Minister Benjamin Netanyahu exits his country’s political scene today, who is likely to replace him? And what does this mean as far as Israel’s occupation of Palestine is concerned?

Netanyahu, who is currently being charged with multiple cases of corruption, misuse of government funds and public office, has, for years, epitomized the image of Israel internationally.

In Israel, Netanyahu has masterfully kept his right-wing Likud Party at the center of power. Even if as part of larger coalitions — as is often the case in the formation of most of Israeli governments — the Likud, under Netanyahu, has shaped Israeli politics and foreign policy for many years.

As Israel’s Jewish population continues to move to the right, the country’s political ideology has been repeatedly redefined in the last two decades.

Now, a negligible 8 percent of Israeli Jews see themselves as left-wing, while a whopping 37 percent consider themselves right-wing. Although 55 percent see themselves as center, the term itself does not represent what political centers traditionally do in other countries.

For example, it is quite acceptable to be a member of Israel’s center and support the idea of forced expulsion of Palestinian Arab natives living in Israel.  48 percent of all Israeli Jews, in fact, do.

But what does all of this mean for the Palestinian people, for the Israeli occupation and for a just solution to the ongoing suffering in Palestine?

Here are some characters who are seen as possible heirs to Netanyahu’s political throne.

This should certainly not indicate that Netanyahu’s political future is over. But due to the number and seriousness of the scandals surrounding him, Netanyahu’s skills may no longer serve him.

Mindful of that possibility, some Israeli politicians, even in Netanyahu’s own party, are ready to take the helm when the opportunity arise:

Minister of Education and leader of Bayit Yehudi (Jewish Home) Naftali Bennett is a right-wing ultra-nationalist. He is vehemently opposed to any talks with the Palestinians and has long advocated the full annexation of all illegal Jewish settlements in the West Bank.

In an interview with Israel’s Army Radio on March 8, Bennett made it clear that he would run for the post of prime minister when Netanyahu “exits the political stage.”

In recent remarks made at the American Israel Public Affairs Committee (AIPAC) conference, Bennett, a champion of the settlers’ movement, insisted that neither settlement blocs nor large sections of the occupied West Bank will ever be relinquished.

He was quoted in the Washington Post as saying that any criticism from the West regarding the annexation of occupied land is likely to be fleeting.

“After two months (of annexation) it fades away,” he said. “And 20 years later and 40 years later it’s still ours. Forever.”

Moshe Kahlon, head of the centrist party, Kulanu (All of Us) and the country’s finance minister, is a vital member of Netanyahu’s right-wing-extremist coalition.

He was a member of Netanyahu’s Likud Party and he merely differs with Netanyahu on some domestic issues.

Although Kahlon advocates the resumption of the so-called peace process, he, like Netanyahu, places the blame mostly on the Palestinian leadership, not on Israeli policies, predicated on the continued expansion of the illegal settlements.

If he is to become prime minister, he is likely to reproduce Netanyahu’s political strategy, to keep his party as close to the right as possible and to engender future coalitions with the country’s ultra-nationalists and extremists.

Gideon Sa’ar is also an ex-Likud member. Despite his popularity in the party (as shown in the results of the 2008 and 2012 elections), he stepped down from politics in 2015 due to strong disagreements with Netanyahu. He had made it clear that his ultimate “goal is to lead the country in the future.”

As he is now back in politics following Netanyahu’s corruption scandals, Sa’ar is articulating his political programs in various media platforms. He dismissed the “two-state solution” as a “two-state slogan”, not because he is a believer in co-existence in one democratic state, but because the status quo suits Israel well.

Delighted by a decision made last December by President Trump to accept Israel’s own definition of Jerusalem as the “eternal capital of the Jewish people”, he said, “Understanding, as the U.S. president has said lately, that this conflict is not the heart of the regional conflict, is crucial.

“It’s a very, very small and marginal conflict in comparison to the multi-front regional war between [Shi’a] and Sunnis.”

One of the most outspoken right-wing ultra-nationalists, known for her racially-loaded and often outrageous views is Ayelet Shaked. She is a very influential member of Bennett’s Jewish Home Party, serving as the minister of justice in Netanyahu’s current coalition.

What is most problematic about her views is not simply her lack of interest in a Palestinian state, as she has repeatedly made clear, but rather her views on non-Jewish minorities in the country and on democracy as a whole.

“There are places where the character of the State of Israel as a Jewish state must be maintained, and this sometimes comes at the expense of equality,” she said as reported by the Israeli daily newspaper, Haaretz.

“Israel is a Jewish state,” she said. “It isn’t a state of all its nations. There is place to maintain a Jewish majority, even at the price of violation of rights.”

And, finally, there is Avi Gabbay, who split from the Kulanu Party four years ago to run for, and eventually lead, the Labor Party, the leading “left” party in Israel.

Gabbay’s political views are, in fact, as hawkish as that of Netanyahu and other right-wing politicians regarding the Jewish settlements, as he understands that the most powerful political constituency in Israel is now that of the right.

He said in an interview, soon after taking over the Labor Party, that peace with the Palestinians does not necessarily require dismantling the illegal Jewish settlements.

Israeli politics can be complicated, as often displayed in their intricate government coalitions. However, when it comes to Israel’s military occupation of Palestine, leading Israeli politicians are, more or less, the same.

Regardless of Netanyahu’s political future, Israeli policies towards Palestinians will remain unchanged, leaving Palestinians with the urgent responsibility of developing their own unified political strategy to counter the Israeli Occupation, human rights violations and illegal Jewish settlements.

Muna is Palestine, Yakub is Israel: The untold story of Sheikh Jarrah