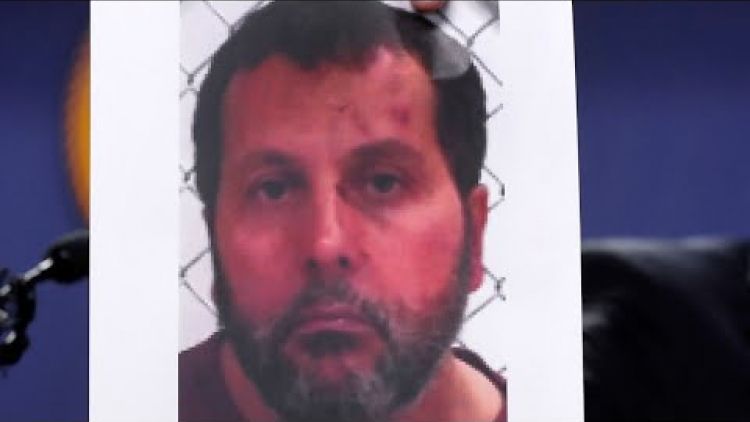 Amor Ftouhi, arrested in connection with the stabbing of a police officer at Bishop International Airport in Flint, Michigan - Handout from the FBI

FLINT — A federal grand jury has indicted a Canadian man accused of stabbing a police officer at a Michigan airport last year on an additional terrorism charge stemming from the attack, federal prosecutors said on Wednesday.

Amor Ftouhi, 50, is accused of “committing an act of terrorism transcending national boundaries” by traveling from Canada to the United States in an attempt to kill government officials, according to the indictment handed up in U.S. District Court in Flint, Michigan.

Ftouhi’s court-appointed attorney did not immediately respond to requests for comment.

Ftouhi, who is from Tunisia and holds dual Tunisian-Canadian citizenship, was originally charged last year with violence at an international airport for stabbing Jeff Neville, an officer at the Bishop International Airport in Flint, in the neck, authorities said.

Wednesday’s additional charge, or superseding indictment, adds a terrorism count that carries a potential life sentence for Ftouhi if he is convicted.

“This additional terrorism charge against Mr. Ftouhi shows we will — to the fullest extent of the law — vigorously prosecute terrorists who seek to harm the people of Michigan,” U.S. Attorney Matthew Schneider said in a statement.

According to the indictment, Ftouhi researched American gun laws from his home in Montreal, searching for the closest state where he could easily purchase a firearm.

He also withdrew funds from his bank account to buy a gun, and entered the United States by automobile at the Champlain, New York, port of entry five days before the attack.

“On or about June 18, 2017, Amor M. Ftouhi traveled to a gun show in Mount Clemens, Michigan and, when he was unsuccessful in purchasing a firearm, purchased a knife instead,” the indictment said.

Ftouhi then did online searches about the Flint airport, and went there to observe police and the facility’s security, the indictment said.

On June 21, Ftouhi approached Neville at the Flint airport and stabbed him, shouted “Allahu Akbar (God is greatest),” and referenced killings in Syria, Iraq and Afghanistan, federal prosecutors said in a statement.

“After his arrest, Mr. Ftouhi told law enforcement that he was a ‘soldier of Allah’ and subscribed to the ideology of al-Qaeda and Usama bin Laden,” the statement said.

Ftouhi will be arraigned on the new charge at a later date, prosecutors said.