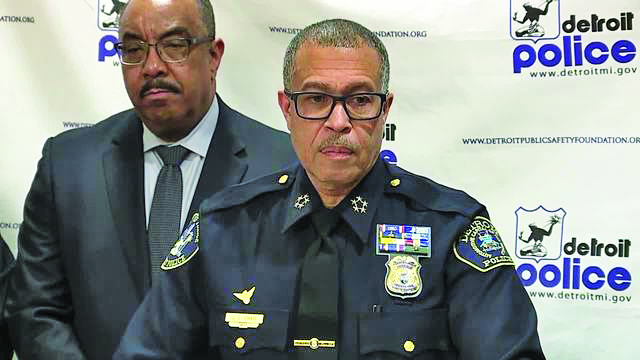 DETROIT — On Thursday, Police Chief James Craig held a news conference regarding the recent string of threats made against schools in the city.

Schools across the country have been plagued by a rash of threats since the Feb. 14 massacre that killed 17 high school students and faculty in Parkland, Florida. Since the shooting in Parkland, a total of 40 threats against schools were received by the Detroit Police Department, including two bombing threats, 34 shooting threats and four threats to shoot and bomb, according to Craig.

He added that his department received 23 reports of threats against schools in the past 24 hours prior to the press conference.

“It’s going to stop,” he said. “These type of threats cause significant fear.”

Craig said parents encouraged the children to make threats in some cases and that police detained three juveniles and arrested one adult in connection to recent school threats.

Based on the increase of threats, the department plans to hire more officers to its cybercrime unit.