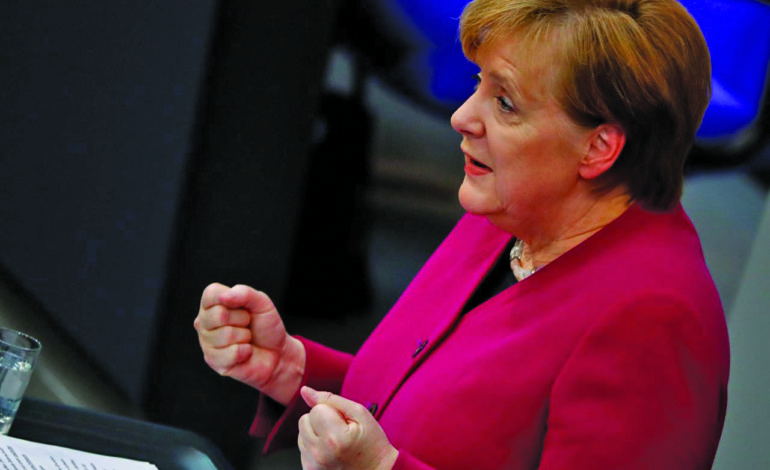 Speaking in the lower house of parliament, Merkel said the government also condemned the air strikes on the rebel enclave of eastern Ghouta “in the strongest terms”, pointing to the forces of Syrian President Bashar al-Assad but also blaming Russia for letting the events unfold.

Merkel said Turkey’s actions in Afrin were unacceptable despite its own security interests. “I’m also condemning this in the strongest terms,” she added.

The United Nations called on Tuesday for full access to civilians inside and outside of eastern Ghouta to meet their urgent needs, after the flight of 50,000 people in recent days, and in Afrin, where fighting has uprooted some 104,000 people.

Turkey stormed Afrin on Sunday after a two-month offensive against the Syrian Kurdish YPG militia. UNICEF estimates that about 100,000 people are still inside Afrin district, half of them children.

The German government has come under fire from opposition lawmakers and Kurdish migrants for not speaking out more clearly against the Turkish offensive, particularly given Turkey’s use of German-made tanks in the operation.

Merkel cited concerns about the high civilian death toll and the flight of many thousands of people from the city.

Turkey’s Foreign Ministry said Merkel’s comments were “unacceptable” and were made based on “disinformation not even remotely linked to the truths” of its operation in Syria.

“We call on our allies to work towards lasting peace, security and stability in Syria by remaining in close coordination and contact with our country,” the ministry said in a statement late on Wednesday.