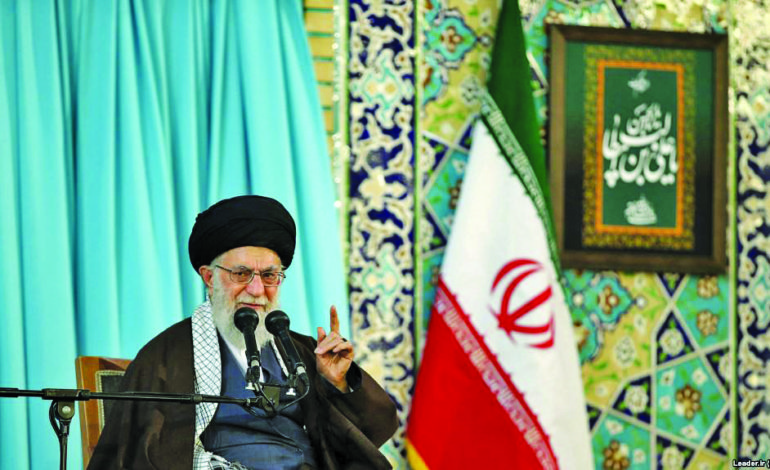 BEIRUT — Iran played a significant role in defeating ISIS in the Middle East and has brought stability to most of the region, Supreme Leader Ayatollah Ali Khamenei said on Wednesday.

Iran has been locked in a regional power struggle with Saudi Arabia that has spilled into the wars in Syria and Yemen, where they have backed opposing sides, and fueled political rivalries in Iraq and Lebanon.

Tehran has accused Riyadh of supporting the ISIS militants, an accusation Saudi officials have denied.

Officials in Iran use the term “takfiri” to refer to Muslim extremists such as ISIS, which lost control over large tracts of Syria and Iraq to counter-attacking military forces backed by Iran over the past two years.

Khamenei said U.S. policy had effectively created ISIS and said Washington was incapable of fostering stability in the region. He cited the U.S. military presence in Afghanistan, where American troops have fought the Taliban for more than 16 years, as an example.

“(Americans) say they had a role in the defeat of Daesh,” Khamenei said, using an Arabic acronym for ISIS. “That’s a lie.”

Khamenei also said Iran does not interfere in the affairs of other countries in the region and only assists governments who ask for the Islamic Republic’s help. Tehran backs Syrian President Bashar al-Assad against rebels and militants in Syria, and the dominant Houthi militia in Yemen.