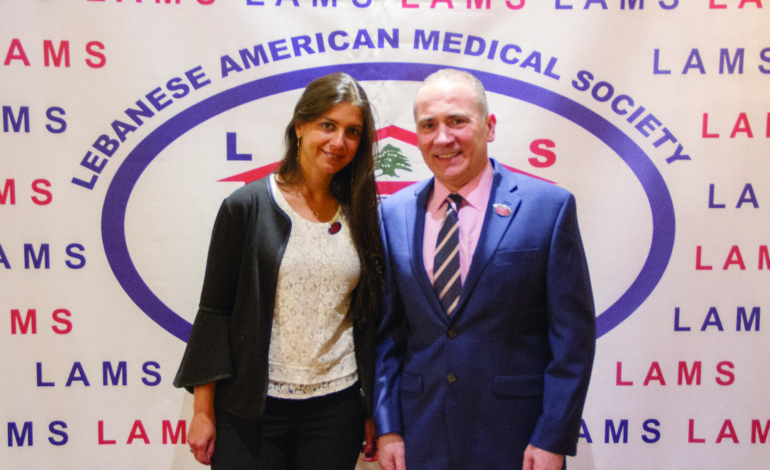 DEARBORN — A capacity crowd turned out at Sarai Palace on March 17 to attend a presentation on autism, held by the Lebanese American Medical Society.

Pediatrician and LAMS Chairman Dr. Alex El-Sabbagh and psychiatrist Dr. Lamis Jabri made presentations in an effort to increase awareness about autism.

El-Sabbagh practices in Dearborn and has 19 years in the medical field, according to the Beaumont Hospital website.

During his presentation, he said that contrary to a recent myth, vaccines do not cause autism. He also said identifying autism early is important so that treatment can begin as soon as possible.

According to El-Sabbagh, there are three separate criteria for diagnosing autism. Criteria A involves, “persistent deficits in social communication and social interaction across multiple contexts”, criteria B involves, “restricted, repetitive patterns of behavior, interest or activities” and criteria C involves, “symptoms [that] must be present in the early development period.” The full definitions are available on the website for Autism Speaks, a nonprofit autism advocacy organization based in New York City.

El-Sabbagh also said the severity has to be taken into account with the child. The “characteristic”, as described by Jabri, has three distinct levels, which are different from the described criteria. An autism diagnosis lies somewhere on the spectrum of these levels, according to El-Sabbagh. Level 1 patients “require support”, level 2 “require substantial support” and level 3 “require very substantial support.” 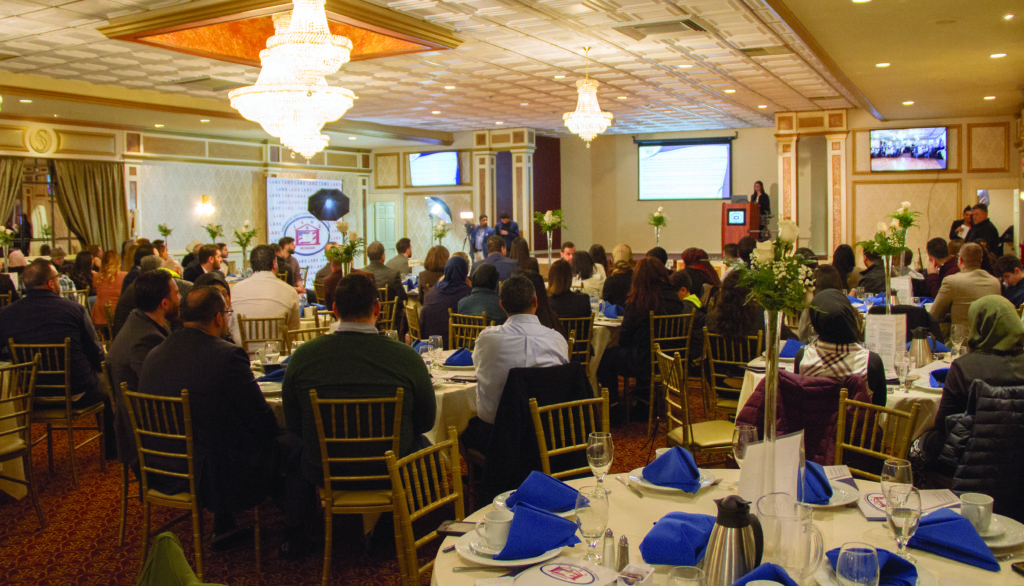 Jabri is board certified by the American Board of Psychiatry and Neurology. She graduated as a medical doctor from the American University of Beirut in 2008 before completing her residency at Wayne State University.

“There is no shame in having any kind of characteristic,” she said during her presentation entitled “Autism: Don’t diss the ability.”

She said the role of the parent is critical. After the initial shock of having a child diagnosed, it is important for parents to step back and not panic about the things that need to be done.

“Your main problem is to not collapse and not panic and brace for what is coming towards you,” she said. “Because it may be the most challenging, but it may also be the most beautiful ride of your life.”

Jabri also said autistic people can learn anything and that their potential is limitless.

“It’s our job to learn their language so we can communicate with them,” she said. “Find out what makes your child happy, what gives them a spark, what makes them smile and how they can bring that to the world.”

She said it’s the job of a parent or family member to find the child’s potential and nurture it.

According to Jabri, there are two different approaches when faced with an autism diagnosis, medication and behavioral therapy. She said there’s no right or wrong answer and that parents can change their approach at any point.

In her opinion, the “applied behavioral analysis” approach stands apart from the rest because it is a teaching technique.

Applied behavioral analysis is the use of techniques and principles to bring about meaningful and positive change in behavior,” according to Autism Speaks website.

One aspect within this method is always praising a child when he or she is doing the right thing.

“The most important variable in this whole journey is you [the parent],” Jabri said. “You are the primary decision maker. You need to take a deep breath and be ready for the challenge and say ‘I am going to take care of you.'”

Tammy Morris, chief program officer at the Autism Alliance of Michigan, a state-wide non-profit organization, briefly spoke during the event. She said her organization has a broad mission of improving the lives of individuals with autism.

“Childhood is really tough,” Morris said. “It’s really difficult for these families, but I hope that through the examples [shown today] of some of our adult stories that we can get some hope into the trajectory of the lives of those folks.”

Morris, who spent 15 years at Oakwood Hospital, said that based upon her many years in the community, she doesn’t feel Autism Speaks is getting enough calls from the community.

El-Sabbagh and Jabri said to visit autismspeaks.org for more information and for parents whose children were recently diagnosed to view the “100 day kit: A Guide or Families after an Autism Diagnosis.”