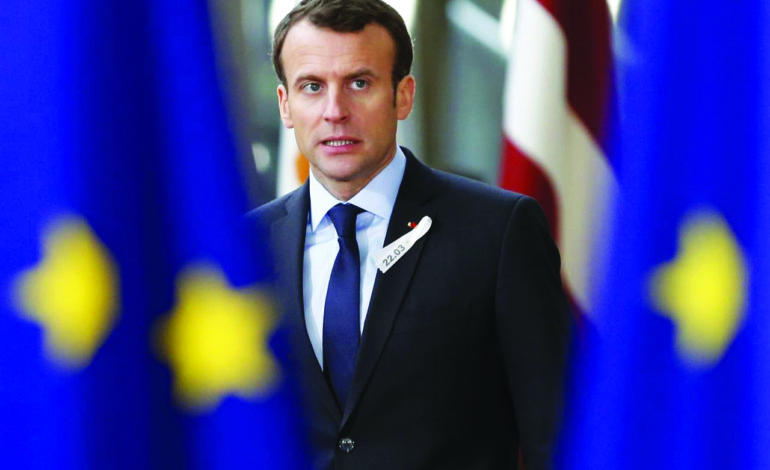 PARIS — Two rights groups have given the French government two months to halt weapons sales to Saudi Arabia and the United Arab Emirates or face legal action, adding to pressure on President Emmanuel Macron to scale back support of a Riyadh-led offensive in Yemen.

The action comes as some European states, notably Germany, have curtailed ties with the Saudi-led military coalition due to concerns over its role in Yemen’s civil war. France, Britain and the United States have not followed suit.

France, the world’s third-biggest arms exporter, counts Saudi Arabia and the UAE among its biggest purchasers, and France’s biggest defense firms, including Dassault and Thales, have major contracts in the Gulf.

Droit Solidarite, a legal NGO, and Aser, which specializes in armament issues, argue that France is violating national and international law by selling arms that are being used in the conflict in Yemen.

The United Nations and rights groups accuse the Saudi-led coalition of targeting civilians, which amounts to a war crime. The coalition denies this.

Lawyers acting for the two NGOs sent a letter to the office of Prime Minister Edouard Phillipe demanding the export licenses to be suspended.

If the French government does not meet their deadline, Aser and Droit Solidarite will take their case to the Conseil d’Etat, France’s highest legal authority.

“We will go to the Council of State from May 1 if there is an explicit or implicit refusal of the government to respond,” he said.

Amnesty International and French rights group ACAT published a legal report on Monday warning France and its weapons suppliers faced potential legal risks over their dealings with Saudi Arabia and the UAE.

Unlike many of its allies, French export licensing procedures have no parliamentary checks or balances. They are approved through a committee headed by the prime minister that includes the foreign, defense and economy ministries.