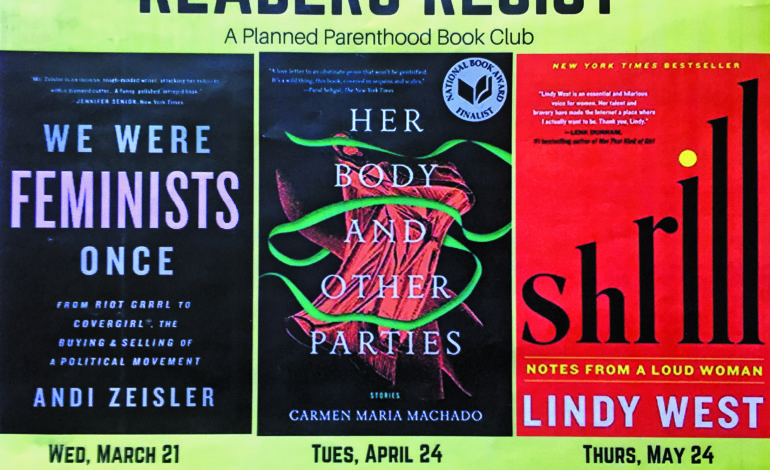 HAMTRAMCK — “Readers Resist”, a book club organized by Planned Parenthood volunteers and activists, met for the first time this year on March 21 inside Book Suey, a book shop in Hamtramck. Since last summer, club members have met monthly to discuss the book of the month.

Some books read so far include, “We Should all be Feminists” by Chimamanda Ngozi Adichie, “Sex Workers Unite: a History of the Movement from Stonewall to SlutWalk” by Melinda Chateauvert and “Men Explain Things to Me” by Rebecca Solnit.

The club read “We Were Feminists Once: From Riot Grrrl to CoverGirl” by Andi Zeisler for this month’s meeting.

Emily Clancy, the event’s main organizer, said the book club’s initial goal was to select books that reflect current issues in regards to feminism, the LGBTQ community and other minority communities. Clancy works as the east Michigan community organizer for Planned Parenthood Advocates of Michigan.

The club has evolved into a broader discussion beyond just the book of the month, she said.

“I think the books are kind of a template for bigger conversations we’re interested in having,” Clancy told The AANews. “We also wanted to show that there are different ways of showing up and being active in the progressive movement, and you can do that through reading.”

Clancy said the group tries to form a collective conversation as a result of the thoughts and reflections gained from the different books.

“It’s evolved to become more open dialogue,” she said. “It’s transformed into broader conversations on themes that the books highlight.”

Clancy said the book club is trying to gain attendees from various cultures to intersect and discuss their views.

The next meeting will be held at Good Cakes and Bakes in Detroit on April 24 at 6 p.m. The book on topic will be “Her Body and Other Parties” by Carmen Maria Machado.

Clancy said people don’t have to read the books to attend; the event is free and open to anyone who wants to partake in a feminist discussion.