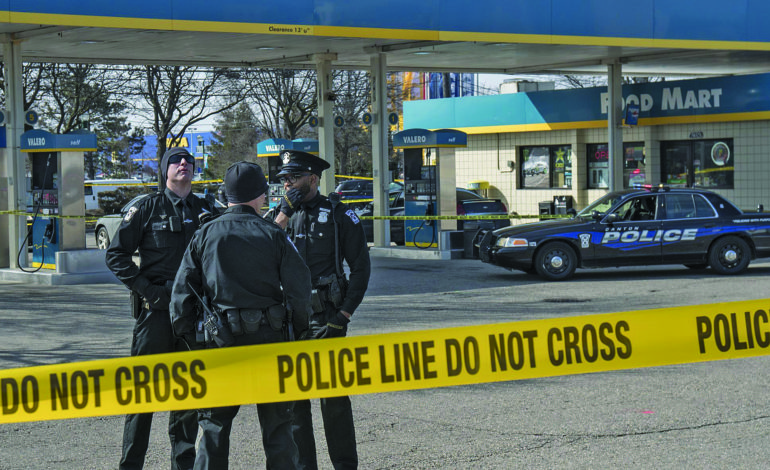 Officers patrol the scene of a shooting, March 20 - Photo by HometownLife

CANTON — Police are investigating if a shooting at a gas station in Canton was self defense.

The shooting, which happened Tuesday afternoon at a Valero gas station near Ikea at Haggerty and Ford Road, sent one man to the hospital with a gunshot wound to the cheek.

Police told Fox 2 Detroit it was more than a graze, but wouldn’t elaborate on the severity of the injury. Investigators said the shooter and the victim were acquaintances. But the grandmother of the alleged shooter told the station the relationship went a lot deeper.

She says her grandson had been working at Chrysler for about eight months and was being harassed by coworkers. She claims that all spiraled out of control at the gas station.

“His dad said he called him and said somebody was shooting at him,” the suspect’s grandmother said. “And he told him to pull into a gas station or somewhere.”

Police said they are unable to confirm these claims, as this is still an active investigation.The alleged shooter is in custody.