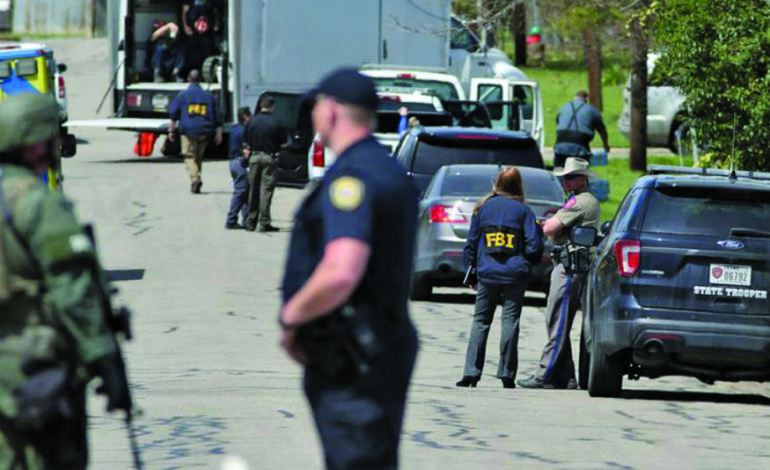 Law enforcement personnel investigate a neighborhood containing the home where the bomber was suspected to have lived in Pflugerville, Texas on March 21 - Photo by Reuters

PFLUGERVILLE, TX — The serial bomber whose deadly attacks terrorized Austin, Texas, for weeks left a 25-minute video “confession” on a cell phone found after he blew himself up on Wednesday as officers closed in to make an arrest, police said.

Mark Conditt, 23, an unemployed man from the suburb of Pflugerville, detailed how he made all seven bombs that have been accounted for – five that exploded, one that was recovered before it went off and a seventh that he detonated as officers rushed his vehicle early on Wednesday.

But the video failed to reveal a coherent motive for the attacks spread over the past three weeks, police said.

The bomber, who had never before been in trouble with the law, killed two people and wounded five with a campaign of violence that began on March 2, authorities said.

Even so, the video gave no explanation for the individuals and addresses singled out as recipients of the bombs that were planted or shipped, Manley said.

Police previously said they had considered the possibility that the attacks were racially motivated, noting that the first several victims, including the two who died, were either African-American or Hispanic.

The bomber likely recorded the video between 9 p.m. and 11 p.m. on Tuesday. According to Manley, the bomber said he believed police “were getting very close to him” and he was right. Authorities filed a criminal complaint and issued an arrest warrant around that time.

By Wednesday morning, police had tracked the suspect to a hotel and were waiting for the arrival of tactical units and equipment before they planned to make an arrest, Manley said. But then the suspect drove away.

Police followed and decided to stop him before he got on the highway. Just as officers approached the vehicle, the explosion went off, Manley said. There was also some police shooting.

The trail of clues leading hundreds of investigators to the serial bomber ranged from store receipts and fragments of booby-trapped packages to surveillance video of the suspect in a hat and wig.