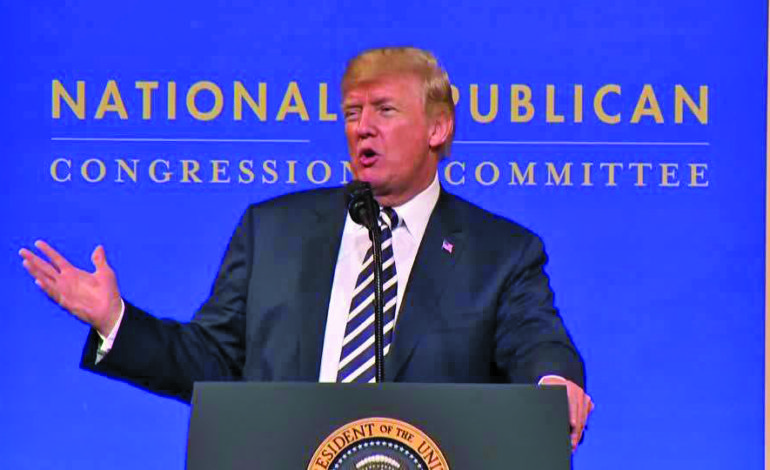 NEW YORK — President Trump faced legal challenges from women on two fronts on Tuesday as a defamation lawsuit brought by a former Apprentice TV show contestant moved forward and a former Playboy model who said she had an affair with Trump sued to undo a confidentiality agreement.

The developments increased legal pressure on Trump, who during and after the 2016 presidential campaign was accused of sexual misconduct by more than a dozen women, allegations he denied.

On Tuesday, A New York state judge denied a bid by Trump to toss a defamation lawsuit by Summer Zervos, a former contestant on NBC’s “The Apprentice”, raising the prospect that he might have to answer questions about his behavior in court.

Justice Jennifer Schecter in Manhattan rejected Trump’s claim that he was immune from being sued, finding “absolutely no authority” to dismiss litigation related “purely to unofficial conduct” solely because he occupied the White House. “No one is above the law,” the judge wrote in her ruling.

Playboy model Karen McDougal sued a media company that she said paid her $150,000 to keep quiet about an affair she said she had with Trump.

The lawsuit was the second time this month that a woman challenged legal arrangements to prevent discussions about affairs women said they had with Trump. Both involved payments that legal experts have said could equate to in-kind contributions to Trump’s campaign in violation of federal election laws.

Trump has denied all accusations of misconduct, and called his accusers “liars.”