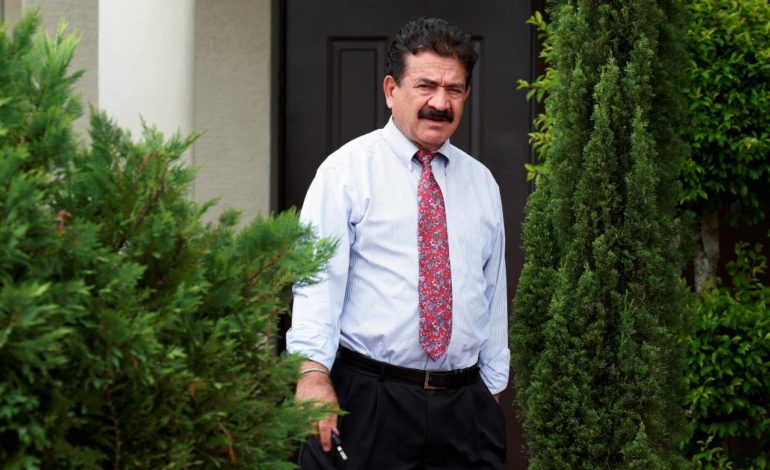 Seddique Mateen, the father of Omar Mateen, who attacked a gay night club in Orlando before being shot dead by police, walks out of his home in Port Saint Lucie, Florida, June 14, 2016.

ORLANDO, Fla. — A widow on trial for aiding her late husband, the gunman who killed 49 people at a gay nightclub in Orlando, should have a mistrial declared, defense lawyers said, arguing that prosecutors withheld access to important evidence that the shooter’s father had been an FBI informant.

Federal prosecutors did not share that evidence with defense lawyers until after prosecution rested its case on Saturday, they said in a 22-page filing. Salman faces possible life in prison if convicted on charges of aiding her husband in the Pulse nightclub attack and obstructing an investigation.

“It is apparent from the Government’s belated disclosure that Ms. Salman has been defending a case without a complete set of facts and evidence that the Government was required to disclose,” defense lawyer Fritz Scheller wrote.

Scheller said charges should be thrown out or a mistrial declared since prosecutors violated a Supreme Court ruling on withholding evidence.

The motion came shortly before defense lawyers were set to present their case. Amy Filjones, a spokeswoman for the U.S. Attorney’s Office, declined to comment.

Salman is accused of helping her husband case possible attack sites and doing nothing to stop his plans. Omar Mateen, 29, claimed allegiance to a member of the ISIS and was killed by police after the rampage.

Prosecutor Sara Sweeney told the defense in an email, “Seddique Mateen was a FBI confidential human source at various points in time between January 2005 and June 2016,” the motion said.

It added, “During a consent search conducted at Seddique Mateen’s residence on June 12, 2016, receipts for money transfers to Turkey and Afghanistan were found.”

Mateen has not been told of the Federal Bureau of Investigation probe of the transfers. An anonymous tip in November 2012 also said Seddique Mateen was trying to raise from $50,000 to $100,000 to contribute to an attack on the Pakistani government, Sweeney said.

Scheller said that if the defense had known about the transfers, it would have investigated whether Seddique Mateen was involved in the attack or had prior knowledge of it.

Seddique Mateen was on the government’s witness list but was not called to testify.