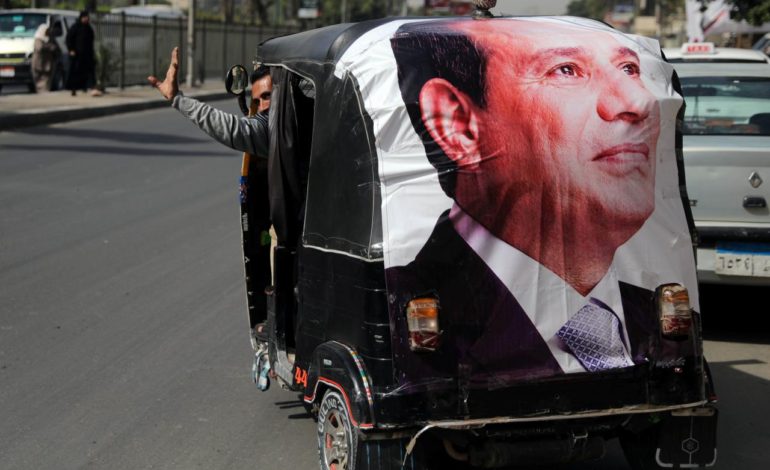 A vehicle showing a poster of Egyptian President Abdel Fattah al-Sisi during the second day of the presidential election in Cairo, Egypt, March 27 - Reuters

CAIRO — President Abdel Fattah al-Sisi cruised toward a landslide election victory against no real opposition but early results showed a lower turnout than the vote that brought him to power in 2014, despite efforts to get more Egyptians to the polls.

The vote this week had long been set to hand Sisi a second term after a crackdown against serious contenders left one challenger, widely dismissed as a dummy candidate. Critics say the contest recalled the kind of vote that kept Arab autocrats in power for decades before the 2011 Arab Spring.

With the election seen by many, including Sisi, as a referendum on his presidency, the focus is on turnout which he has sought to support tough economic reforms and a fight against Islamist militants.

Critics say austerity and an unprecedented crackdown on dissent have eroded Sisi’s popularity, but supporters say such measures are needed to stabilize the North African country after years of unrest that followed a 2011 popular uprising.

Early estimates by state media on Thursday placed turnout from three days of voting at little over 40 percent, well below the 47 percent of 2014.

Sisi is expected to win more than 92 percent of votes, the state media said. He won 97 percent last time. Final results are due on April 2.