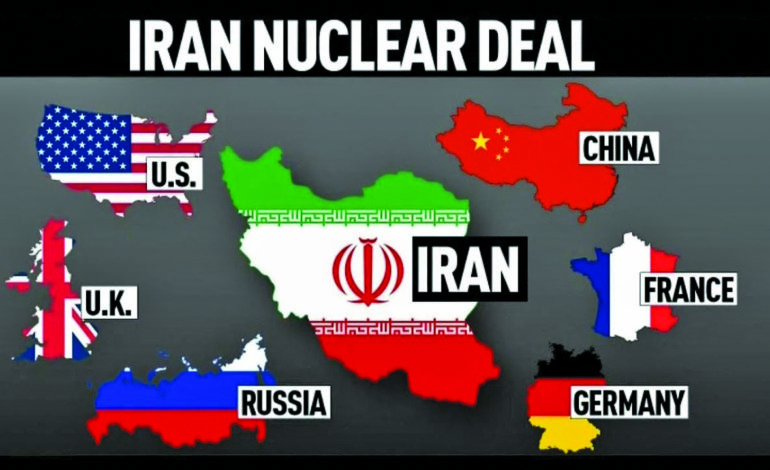 BRUSSELS/PARIS — France, Britain and Germany are struggling to persuade their E.U. partners to back new sanctions on Iran to preserve its nuclear deal, diplomats said, with Italy doubting whether the measures can stop the United States from pulling out in May.

At a closed-door meeting of E.U. ambassadors in Brussels on Wednesday, London, Paris and Berlin sought E.U. support for formal approval of the new sanctions in April, after proposing them in mid-March, according to a document seen by Reuters.

But Italy, with support from Spain and Austria, resisted plans to impose travel bans and freeze assets on around 15 Iranians, companies and groups linked to Iran’s ballistic missile program and role in Syria’s war.

Rome said they would not be enough to persuade President Trump not to withdraw from the nuclear deal and would endanger burgeoning business ties with Iran. Spain was also wary of the knock-on effects.

“Italy said dialogue was the preferred option and that sanctions could weaken our position while not convincing the United States,” an E.U. diplomat said. “Spain asked the three to consider the implications of such a move.”

Trump has given the European signatories a May 12 deadline to “fix the terrible flaws” of the 2015 nuclear accord, agreed under his predecessor, Barack Obama, or he will refuse to extend a suspension of U.S. sanctions on Iran.

Trump’s choices in recent weeks of two officials publicly opposed to the Iran accord, John Bolton as national security adviser and Mike Pompeo as secretary of state, has dramatically raised the probability of a U.S. pullout, the diplomats said.

Rome and Tehran signed a framework credit agreement in January to fund investments worth up to 5 billion euros ($6 billion) in Iran.

In Brussels, other countries, including Sweden, were upset that the three European powers were trying to push things through the E.U.’s diplomatic approval process so quickly.

“There was a commando approach, but it failed,” a second E.U. diplomat said.

“The difference here is that everyone thinks Trump will pull out (of the Iran deal) and so some consider this pointless.”

The three countries are in talks with the U.S. administration to see what could encourage Trump to issue new waivers on U.S. sanctions.

The 2015 pact between Iran and six major powers – Britain, China, France, Germany, Russia and the United States – lifted sanctions that had crippled Iran’s oil-based economy, in return for restrictions on its nuclear activities.

The new measures proposed by London, Paris and Berlin could target members of Iran’s most powerful security force, the Islamic Revolutionary Guards Corps (IRGC), as well as commanders of the Lebanese Hezbollah group.

Discussions are expected to continue in early April, but at a lower level than ambassadors, to try for a compromise at E.U. foreign ministers’ meeting in Luxembourg on April 16, the last formal gathering on the E.U. agenda before Trump’s May deadline.

Iran insists its nuclear work has been non-military and missile program purely defensive.