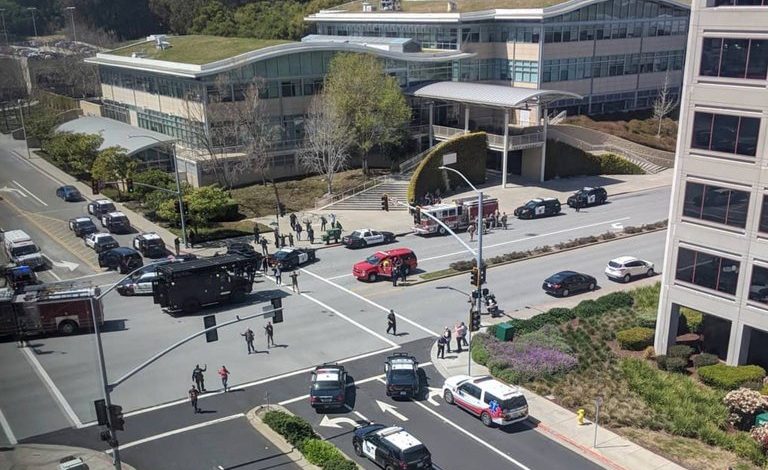 Police officers on Tuesday responded to reports of an active shooter at YouTube headquarters in San Bruno, Calif - Reuters

SAN BRUNO, Calif. — A woman opened fire at YouTube’s headquarters near San Francisco on Tuesday, wounding at least three people before taking her own life, as employees of the video website scrambled into the surrounding streets for safety.

Police did not release any further information on the suspect or comment on her possible motives for the shooting rampage at the Silicon Valley offices of YouTube, a service owned by Alphabet Inc’s Google.

The shooting had no known connection to terrorism, a U.S. government security official told Reuters.

A YouTube product manager, Todd Sherman, described on Twitter hearing people running, first thinking it was an earthquake before he was told that a person had a gun.

“At that point every new person I saw was a potential shooter. Someone else said that the person shot out the back doors and then shot themselves,” Sherman said on Twitter.

“I looked down and saw blood drips on the floor and stairs. Peaked around for threats and then we headed downstairs and out the front,” Sherman said.

Responding to the report of gunfire, police officers entered the building and located at least four people with gunshots, San Bruno Police Chief Ed Barberini said at a news conference. One of them, a woman with a self-inflicted wound, was dead, he said, and she was believed to be the shooter.

Google said on Twitter that it was coordinating with local authorities. YouTube Chief Executive Susan Wojcicki declined to comment to reporters as she left the building.

President Donald Trump said on Twitter that he had been briefed on the shooting.

“Our thoughts and prayers are with everybody involved,” Trump tweeted. “Thank you to our phenomenal Law Enforcement Officers and First Responders that are currently on the scene.”

Dozens of emergency vehicles quickly converged on the YouTube campus, and police could be seen on televised aerial video systematically frisking several employees leaving the area with their hands raised.

Last month, YouTube announced it would ban content promoting the sale of guns and gun accessories as well as videos that teach how to make guns.

Female mass shooters are rare. A recent Washington Post analysis shows only three out of 150 U.S. shootings with more than four victims since 1966 were done by women. In 2015, a husband and wife killed 14 people in San Bernardino, California.