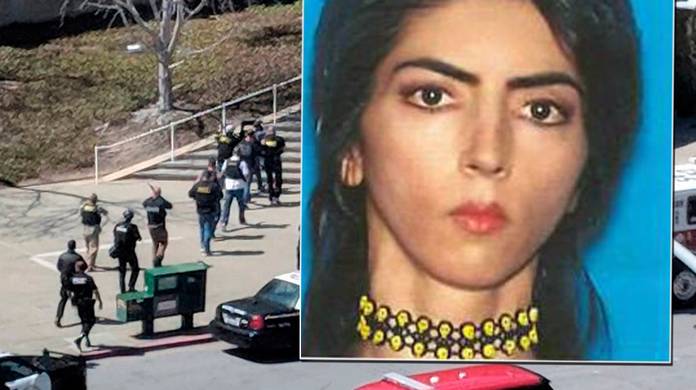 SAN FRANCISCO, Calif. — An Iranian-born woman who blogged about surviving in a world filled with “injustice and diseases” opened fire at YouTube’s California headquarters because she was angry at a site she believed was suppressing her videos, police said on Wednesday. In a series of Persian and English-language online postings, Nasim Najafi Aghdam, 39, had railed against the video-sharing site owned by Alphabet Inc’s Google before wounding three people and killing herself on Tuesday at its offices in San Bruno, just south of San Francisco.

In an English-language video posted to her YouTube account before the channel was deleted on Tuesday, Aghdam said, “I am being discriminated. I am being filtered on YouTube.”

Police believe the suspect was upset with the policies and practices of YouTube, which limits access to videos it deems to be inappropriate.

“This appears to be the motive for this incident,” San Bruno Police Chief Ed Barberini told reporters.

He added that Aghdam did not appear to have targeted particular victims when she opened fire with a legally purchased Smith & Wesson 9mm semiautomatic handgun at an open-air plaza on the corporate campus in California’s Silicon Valley. Aghdam had visited an area gun range that morning.

In some of online posts before the attack, she spoke about herself in heroic terms for surviving in a hostile world.

“I think I am doing a great job,” she wrote in Persian on her Instagram account. “I have never fallen in love and have never got married. I have no physical and psychological diseases. But I live on a planet that is full of injustice and diseases.”

One of her three victims, a man in his 30s, remained in San Francisco General Hospital in serious condition on Wednesday, the hospital said. Two others were released Tuesday night, it said.

The shooting is the latest to add fuel to a long-running debate on gun rights, which was inflamed by the February killing of 17 students and educators at a Florida high school. Mass shootings have become a regular occurrence in the United States but they are rarely carried out by women.

Aghdam’s father, Ismail Aghdam, called the San Diego sheriff’s office on Monday to report her missing after not hearing from her for two days, according to San Diego and San Bruno police. She was found sleeping in her car in Mountain View, California, where Google is based, early on Tuesday and police removed her from the national missing persons database.

The San Jose Mercury News quoted her father as saying he had told police that she might go to YouTube’s headquarters because she “hated” the company.

Efforts to reach her relatives by phone were unsuccessful.

YouTube has long faced complaints about alleged censorship on its site, and says it attempts to balance its mission of fostering free speech while providing an appropriate and lawful environment for users.

In some cases involving videos with sensitive content, YouTube has allowed the videos to stay online but cut off the ability for their publishers to share in advertising revenue.

Criticisms from video makers that YouTube is too restrictive about which users can participate in revenue sharing swelled last year as the company imposed new restrictions.