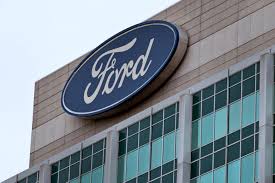 DEARBORN – A former Ford employee has been awarded $16.8 million after successfully suing the automaker and two of its supervisors for creating a hostile work environment and discrimination based on the employee’s Arab background.

Following an 11-day trial, a federal jury in the Eastern District of Michigan ruled on March 28 in favor Faisal G. Khalaf, after finding the that the engineer had been discriminated against because of his background and accent and was ultimately terminated after coming forward about the issues.

“There was a high-level executive at Ford Motor Co. that my client reported to … that would berate him and criticize him week after week about his English,” Carol Laughbaum, Khalaf’s attorney told The Detroit Free Press. Khalaf, who was born in Lebanon, had been with Ford since 1999.

“It wasn’t a matter of ‘Please, can you repeat this?’ but ‘What is wrong with you? Why don’t you understand this?’ ” Laughbaum said, noting that her client’s supervisor, who has since retired, would “literally pound his fist on the table and yell” at Khalaf over his English.

The jury found that the actions of Bennie Fowler, then-group vice president of quality and new model launch; a second supervisor, Jay Zhou, as well as Ford were harmful enough that they awarded Khalaf $15 million in punitive damages in addition to $1.7 million in retirement and pension losses and $100,000 for emotional distress.

A representative from Ford says the automotive company disagrees with the verdict and is currently looking into options to getting it “corrected.”

“We don’t believe that the facts in this case support the verdict,” Brad Carroll, corporate communications manager for Ford, said in a statement. “Ford is committed to creating an environment that promotes diversity and inclusion within our workforce and communities. The diverse backgrounds of our employees truly make us a stronger company and we are extremely proud of our policies and programs that support equality.”

According to the complaint filed in federal court, Khalaf’s troubles began in June 2012 when he was placed under the supervision of Fowler.

Despite Khalaf earning a “top achiever” performance rating six months prior to the supervisory change, the complaint stated that Fowler subjected Khalaf to “regular and frequent unwarranted criticism and hostility” over his ability to speak and understand English, put Khalaf in “demeaning” and “servile” positions and assigned him “unrealistic work goals.”

“My client said it felt like (Fowler) was going to crush him like an ant, that’s how intimidating and hostile the work environment was,” Laughbaum, said Tuesday. She noted that the case against Ford dealt with both discrimination and retaliation.

A turning point came in the case, Laughbaum said, in February 2013 when Khalaf advised one of his direct reports to go to Ford human resources after the employee came to him with a sexual harassment complaint.

Following the recommendation to go to Ford HR, Khalaf was demoted by Fowler and given new work goals.

“It was so obvious that he was done,” said Laughbaum. “They decided you’re done, you’re complaining, we’re just giving you completely ridiculous objectives.”

The unjust treatment, according to Laughbaum and the complaint, continued when in summer 2013, Zhou came on board and also subjected Khalaf to the discriminatory treatment.

According to the complaint, the unjust treatment continued for nearly a year.

In April 2014, Khalaf filed a complaint with Ford HR saying he was being subjected to discrimination and harassment based on his national origin. Instead of these issues being addressed, Laughbaum said, Khalaf was placed on a performance enhancement plan.

According to Laughbaum, one of Zhou’s frequent recommendations for Khalaf to improve on the job was to take an English as a Second Language class.

According to the complaint, Khalaf continued to be belittled by the defendants, who made clear that “Ford wanted him gone.”

In June 2014, Khalaf was forced to take a medical leave because of workplace stress, the complaint stated. In January 2015, Khalaf filed a charge of discrimination with the Equal Employment Opportunity Commission and Michigan Department of Civil Rights.

When he attempted to return to work following his disability leave in 2015, Khalaf was placed on unpaid leave and “no job available” status.

In September 2015, Khalaf was officially terminated.