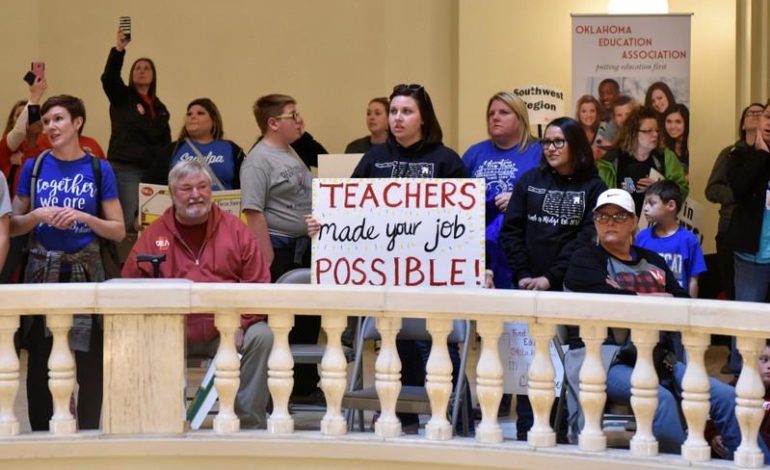 Teachers rally inside of the state Capitol on the second day of a teacher walkout to demand higher pay and more funding for education in Oklahoma City, Oklahoma, April 3 - Reuters

CHICAGO — Teacher demonstrations are likely to spread as more educators hit the streets to take on states that they claim are choosing tax cuts over the education of students in elementary and secondary public schools.

Protests have erupted in states with some of the lowest teacher salaries in the nation, leading to multi-day job actions in a few states.

American Federation of Teachers President Randi Weingarten said the demonstrations, which have so far taken place in right-to-work states with weak labor laws, underscore how fed up teachers have become over the deprivation caused by inadequate funding due to tax cuts.

Oklahoma has the lowest median pay among states for both elementary and secondary school teachers, according to 2017 data from the U.S. Bureau of Labor Statistics. The state’s budget has been hit by a combination of tax cuts and a slump in energy prices, a significant source of tax revenue.

Meanwhile in Arizona, median teacher salaries are among the lowest in the nation, leading to a retention problem.