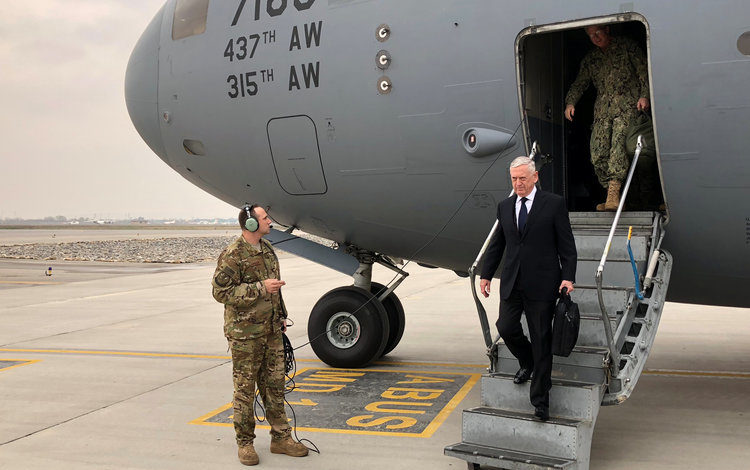 WASHINGTON, D.C. — Defense Secretary Jim Mattis said on Monday he would not rule out “anything” after a suspected chemical attack in Syria triggered speculation about a U.S. military response, and he piled blame on Russia for falling short on its obligations to ensure that Syria abandoned its chemical weapons capabilities.

President Trump warned on Sunday there would be a “big price to pay” after aid groups said dozens of people were killed by poison gas in a besieged rebel-held town in Syria, an attack the opposition blamed on Syrian government forces.

“The first thing we have to look at is why are chemical weapons still being used at all when Russia was the framework guarantor of removing all the chemical weapons. And so, working with our allies and our partners from NATO to Qatar and elsewhere, we are going to address this issue,” Mattis said before the start of a meeting with Qatar’s Emir.

Mattis had been asked if the U.S. was capable of striking President Syrian President Bashar al-Assad’s chemical weapons facilities.

When asked if he could rule out taking actions, like launching airstrikes against Assad, Mattis said: “I don’t rule out anything right now.”

The Syrian government denied its forces had launched any chemical assault, and Russian Foreign Minister Sergei Lavrov said such allegations were false and a provocation.

U.S. government sources said Washington’s assessment was that chemical weapons were used in a besieged rebel-held town in Syria, but they are still evaluating details.

The U.S. believes Assad has secretly kept part of Syria’s chemical weapons stockpile despite a U.S.-Russian deal under which Damascus was supposed to have handed over all such weapons for destruction in 2014, officials have said in recent monthsA deadly sarin attack on a rebel-held area prompted Trump to order a missile strike last year on the Shayrat air base.