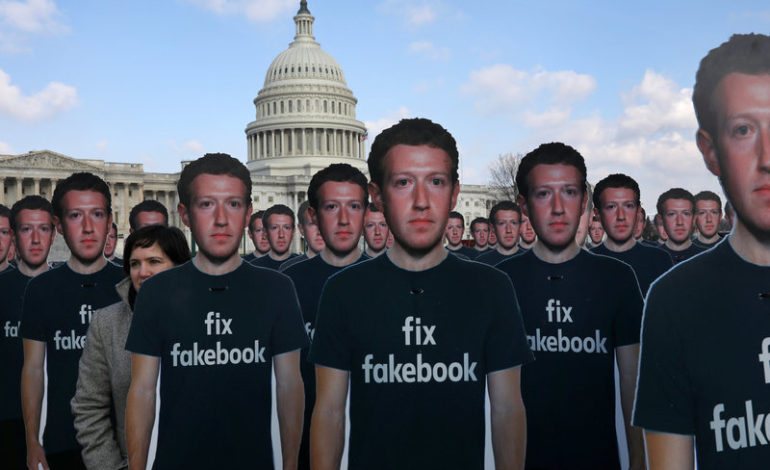 Cardboard cut-outs of Mark Zuckerberg stand during a protest outside of the Capitol, Washington, D.C., April 10 - Reuters

WASHINGTON, D.C. — Facebook Chief Executive Mark Zuckerberg navigated through his first congressional hearings On Tuesday and Wednesday without making any further promises to support new legislation or change how the social network does business.

During nearly five hours of questioning by 44 U.S. senators on the first day, Zuckerberg repeated apologies he previously made for a range of problems that have beset Facebook, from a lack of data protection to Russian agents using Facebook to influence U.S. elections.

But the 33-year-old Internet mogul managed to deflect any specific promises to support any congressional regulation of the world’s largest social media network and other U.S. internet companies.

He was dodgy on the question of whether Facebook would embrace Europe’s new General Data Protection Regulation, or GDPR as it’s known, more broadly. In May, social networks like Facebook will be required to get specific consent from people to use their data. Facebook has said it intends to adopt these policies elsewhere, including in the United States, but has been cagey about how it would actually do so.

Senator Lindsey Graham posed the big question when he asked why Facebook should be allowed to regulate itself. Zuckerberg said he would be open to “the right regulation” and both sides were content to leave the matter there. That may explain why Facebook stock rose during the hearing to end the day with a gain of more than 4 percent.

Facebook disclosed in September that Russians under fake names used the social network to try to influence U.S. voters in the months before and after the 2016 election, writing about inflammatory subjects, setting up events and buying ads.

The U.S. Federal Trade Commission is investigating whether Facebook violated an agreement it signed with the agency in 2011 by its actions in the Cambridge Analytica scandal.

In the agreement, which Facebook signed to end an investigation into privacy breaches, the company promised not to misrepresent the extent to which it maintains the privacy or security of personal information and it said it would obtain users’ affirmative consent before sharing personal information with any third party.

Zuckerberg told senators he did not see the Cambridge Analytica episode as a violation, but he acknowledged that Facebook did not notify the FTC in 2015 when it first learned of that company’s data-harvesting.