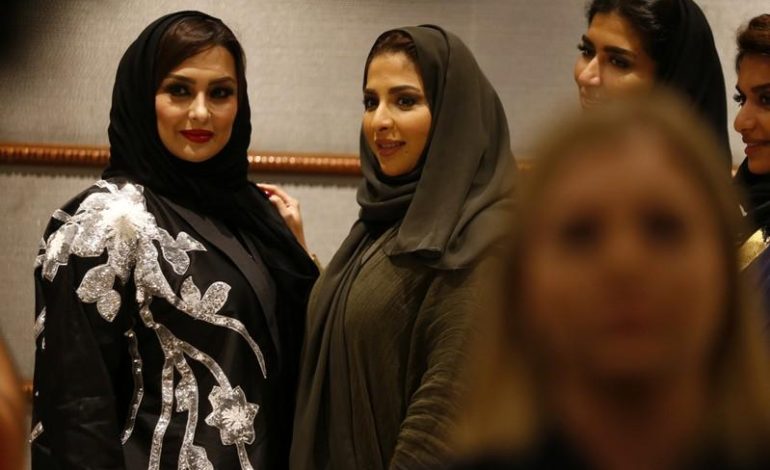 Models and makeup artists preparing for the inaugural Saudi episode of Arab Fashion Week said they were surprised the event was taking place in the deeply conservative Muslim kingdom.

Yet, restrictions persist. Tuesday’s reception was open to men and cameras, but only women are permitted at catwalk events and outside photography is barred.

With recent reforms, women in some cities have begun to don more colorful abayas, sometimes trimmed with lace and velvet or left open to reveal long skirts or jeans.

No abayas will feature on the catwalk. The event hosts invitation-only fashion viewings and a Harvey Nichols pop-up store in a tent that was still being erected hours before the first show.