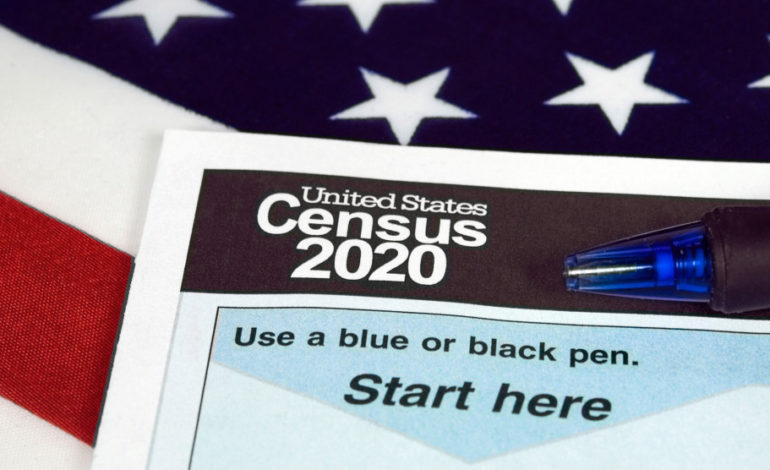 DEARBORN – Even as the city looks to a new dawn of economic prosperity with a wide range of major investments, it could be dealt a blow two in two years.

Residents, city officials and community advocates are anxious about the implications of a proposed question on the 2020 Census that would ask people if they’re citizens.

They fear that the question, announced by Commerce Secretary Wilbur Ross on March 26, will dissuade many residents from filling out the form. An undercount of the population means the city would receive less funding from the federal government for vital programs that serve residents and ease the city government from financial burdens.

It is inevitable, given the current environment, that immigrants and their extended community networks will perceive this move as targeting them, thereby decreasing minority participation in the Census.

With a large and highly concentrated Arab American community, more than 27 percent of Dearborn’s 95,000 residents are immigrants, according to 2016 Census Bureau statistics. Many of them are not U.S. citizens.

From 2014 to 2016, about 58,800 immigrants became legal residents of Michigan, Department of Homeland Security immigration statistics show.

“For the federal government, the asking the citizenship question is about getting an accurate count of who can legally vote in our federal elections,” Attorney General Jeff Sessions said in a statement on April 2, referring to protection of the Voting Rights Act. This comes as a result of President Trump’s unsubstantiated claim that millions of illegal immigrants voted in the 2016 presidential election.

The citizenship question was last seen on the 1950 Census.

A lawsuit by 17 states, Washington D.C., Chicago, New York City, Philadelphia, Providence, San Francisco and Seattle, along with the U.S. Conference of Mayors, is challenging the citizenship question. Officials and advocacy organizations, however, are outraged that the government would politicize a constitutionally mandated process. They say voter suppression was intended and called the move part of a “White supremacist agenda.”

“It is inevitable, given the current environment, that immigrants and their extended community networks will perceive this move as targeting them and their families for government action — including detention and deportation — thereby decreasing minority participation in the Census,” said the Council on American-Islamic Relations (CAIR) in a statement. “By discouraging minority participation, the administration clearly seeks to maintain its falling support outside of its largely monochrome base.”

In a joint letter to the Census Bureau’s Office of Management and Budget (OMB) and to Secretary Ross, U.S. Rep. Debbie Dingell (D-Dearborn) and seven other members of Congress asked for an explanation and reconsideration of the additional question.

They asked how an “untested” and significant questioned was approved, while a Middle East and North Africa category that had been studied for years and recommended to the OMB by a 200-member committee because it would yield a more accurate population count, was not.

“The addition of a MENA category would mean many undercounted communities will no longer be overlooked,” read the letter. “Overall data collection accuracy on the U.S. population will improve; policymakers will be more informed; our ability to uphold important civil rights laws and prevent discrimination will increase and we will have greater access to MENA-specific health statistics and better allocation of educational grants.”

But the OMB stalled in taking a decision, and for now, Americans with origins in the Arab world will remain categorized as “White.”

Margaret Lowry, the Arab American Institute’s special projects manager, directs the group’s Census information center. She told The AANews immigrant communities could miss out on a wide array of language assistance services including at schools and voting precincts.

For example, schools could lose out on money for ESL programs, vital for many immigrant and refugee students. It could also impact the availability of language assistance at the polls and for translating ballot and voter registration literature.

She called the citizenship question a “threat to democracy” and criticized the federal government for eroding trust between itself and immigrant communities when efforts to do the opposite have been on the rise since the Sept. 11 attacks.

“The changes in the question format would most positively affect response rates for Hispanic communities and, obviously, those of Middle Eastern and North African origin — two groups that, through travel bans, immigration raids and border walls, this administration has made clear are its targets,” she said. “By suppressing efforts to better data collection on these communities, the administration chose to buckle down on its anti-immigrant policies instead of supporting data that represents the full diversity of our country.”

How much does Dearborn stand to lose?

Out of the $2.1 million in federal aid Dearborn receives, about $1.7 million funds the Department of Housing and Urban Development’s (HUD) Community Development Block Grant program (CDBG), which offers affordable housing, anti-poverty programs and infrastructure development in communities, according to Laundroche.

The CDBG uses population as one of the factors when determining how much money to give to a city. Other factors include the extent of poverty, housing overcrowding, age of housing and population growth lag in relationship to other metropolitan areas.

In Dearborn, that primarily applies in the northeast and southeast areas.

The largest portion of that sum, about $600,000, goes for street and water main improvements in those areas.

The CDBG money will also be applied to purchase a new ambulance this year that will serve the city’s east end.

And every year, the city gives a portion of those funds to the Fair Housing Center of Metro Detroit, which works to ensure that fair housing laws are followed in the region.

The city also receives $400,000 in federal funds through HUD’s HOME program. The city uses that money to provide Dearborn homeowners who are income-qualified with funds to fix their homes.