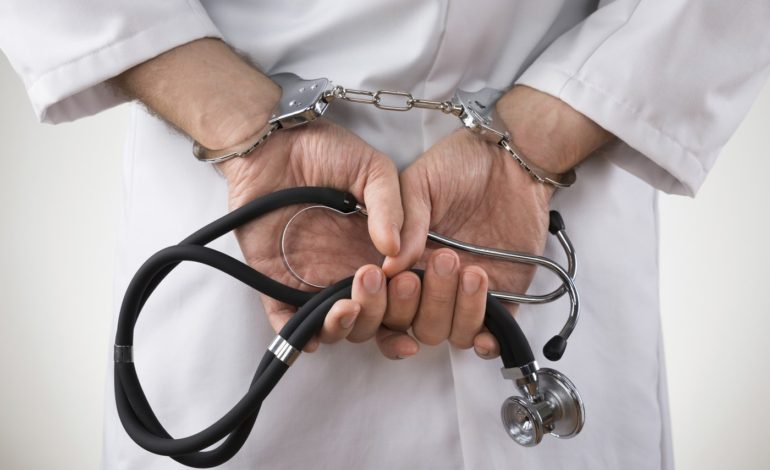 DETROIT – Four pharmacists, a doctor and a patient recruiter have been charged by the U.S. Attorney’s Office in connection with a scheme to bill insurance companies for medicine that was not given to patients.

Berri, Ahmed and Ramouni are also charged with distributing opioids.

According to the U.S. Attorney’s Office, the indictment alleges that all four pharmacies fraudulently billed Medicare, Medicaid and Blue Cross Blue Shield for controlled substances, which were dispensed, and high-priced medications that were not dispensed.

The scheme was detected by Medicare, in part, because of a deficit between each pharmacy’s recorded inventories and the claims that each submitted for insurance reimbursement.

The pharmacies earned combined profits more than $5 million from the fraudulent billings, which the co-owners then converted to their own personal use.

The controlled substances combined had a street value of more than $1,000,000.

“Today’s opioid epidemic is fueled, in part, by the greed of certain doctors and pharmacists who knowingly divert legitimate pain medications and narcotics to drug dealers for illegal distribution in our communities,” U.S. Attorney Matthew Schneider said in a statement. “We will continue to use every means available to investigate and prosecute these cases.”

An indictment is only a charge and is not evidence of guilt. Each defendant is entitled to a fair trial in which it will be the government’s burden to prove guilt beyond a reasonable doubt.

If convicted of a health care fraud charge, the defendants face a maximum sentence of imprisonment of 10 years, and a maximum fine of $250,000.