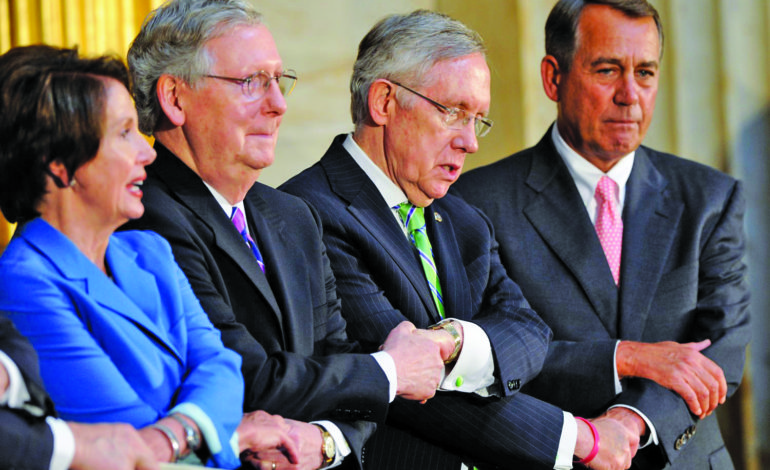 In a world riven by tension, there’s one skill that stands above all others: The ability to resolve conflict. It is the paramount challenge of our time. There are so many divisions that fracture our communities, states and nations, that the ability to create common ground — to bring people together, rather than drive them apart — has become an indispensable political need.

I’ve seen first-hand its importance; in Congress as part of a legislative process that, at least at the time, was mostly focused on resolving differences, and as co-chair of two key national committees that were constituted along partisan lines — the 9/11 Commission and the Iraq Study Group. Here’s what I’ve learned.

First, to resolve conflict, you have to be committed to doing just that. When the 9/11 Commission met — at a time when many people just wanted to assign blame for the attacks on our country — we were often encouraged to take a confrontational approach by issuing hundreds of subpoenas that would force officials to testify and to turn over documents. We rejected that approach, in favor of cooperation and dialogue. This enabled us, over time, to get the access we needed to the people and documents we wanted — and, I’m convinced, made our findings more acceptable to everyone involved.

In other words, in order to resolve the conflicts dividing the country, we had to take a non-judgmental posture, search for common ground and try to develop trust based on how we pursued our work. We succeeded. There’s an old saying, “If you want to go fast, you go alone. If you want to go far, you go together.” That was our experience.

There’s another key to resolving conflict: You start with facts. “Facts are stubborn things,” John Adams said, and that’s what makes them so important. They force us to set aside opinions, delay judgment and start with a mind that is, if not open, at least willing to be persuaded. Focusing on them helps the various parties — which are sometimes very far apart ideologically — find some common ground and develop a relationship that permits them to go forward.

Building on that start, it’s crucial to develop collegiality. The social amenities become very important. You don’t want to label people too quickly. You want to get to know them as individuals — if for no other reason than that it’s hard to get mad at somebody you know well.

And if you’re serious about resolving conflicts, you’ll be spending a lot of time with the people you’re dealing with, because good communication is crucial. This does not just involve talking. It means listening, asking questions, weighing arguments and options and probing together whether disagreements can be resolved.

This is not easy. I remember, when I was in Congress, driving home at 2 or 3 in the morning thinking, “We’ll never agree.” But coming back the next day, and the next and talking issues over, I almost always saw movement.

Compromise is a dirty word for many people, but it’s very hard to resolve conflicts without it. Deals are often necessary. Trying to understand other participants’ problems — and then trying to let everybody leave having gained something — can make the difference between success and failure. It’s tough to give adversaries credit for anything, but it can lead the way to agreement.

Finally, it’s important to make sure to include all the parties to a conflict and to address all the core issues — and when in doubt, it’s better to include than exclude. People sometimes think they can solve a problem by refusing to talk to some person or group or to ignore a key issue. That’s a formula for failure.

Reaching agreement is not the end, but the beginning.  I’ve experienced this: There’s the handshake, the smiling photo op…and then the whole thing falls apart. For a resolution to be sustainable, the key players have to be brought into the process and the core issues considered.

All of this takes skill, patience and understanding. And these attributes are not as common as they should be. But developing them is worth the effort. Because if you look around, the need for them does not appear to be going away.