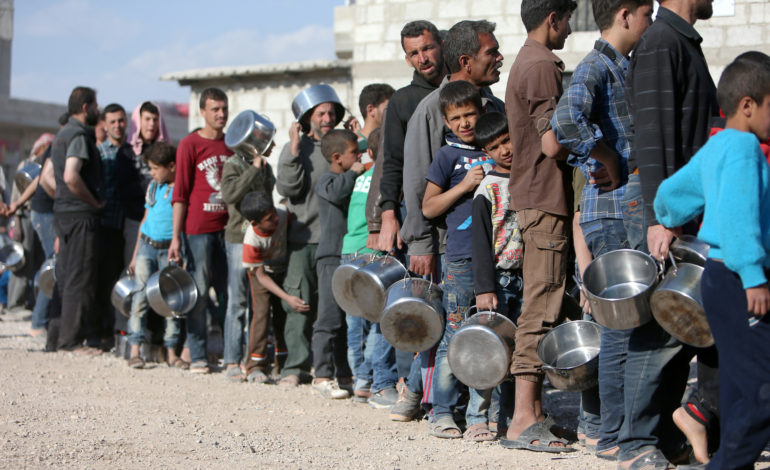 “This evening I brought together NGOs working on the ground in Syria. Faced with the humanitarian situation, France is setting up an emergency program of 50 million euros,” Macron said on his official Twitter account.

The funds will be allocated to NGOs and U.N. agencies working on the ground in Syria, including the U.N. office for humanitarian affairs, the French president’s office said.

Some two dozens NGOs participated in the meeting with Macron at the Elysee presidential palace, including Action Aid, Handicap International, the Red Cross, and Care.

According to United Nations estimates, some 13 million people including six million children are in need of humanitarian aid in Syria, ravaged by a seven-year war that has displaced millions.

The United Nations said on Thursday that it was hopeful of getting aid to at least 100,000 Syrians who are desperate for help after months of battle ended years of siege around the rebel-held enclave of eastern Ghouta.