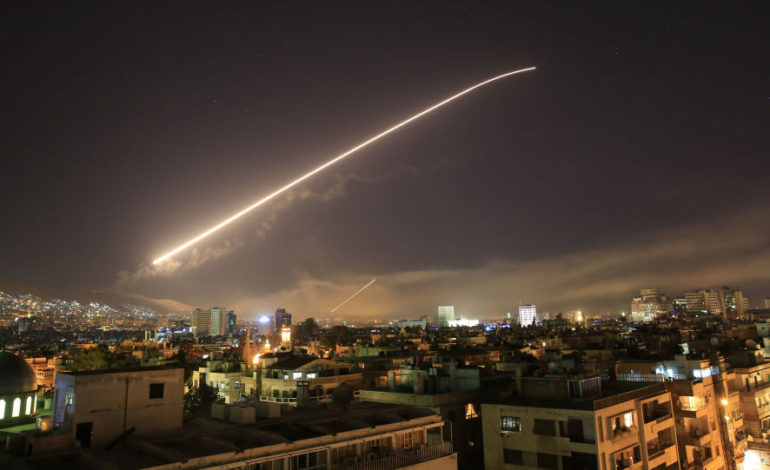 State television showed pictures of a missile that was shot in the air above the air base only days after a U.S., British and French attack on Syrian targets in retaliation for a suspected chemical attack on the city of Douma on the outskirts of Damascus.

A Pentagon spokesman said there was no U.S. military activity in that area at this time.

Shayrat airbase was targeted last year in a U.S. cruise missile attack in response to an alleged chemical attack that killed at least 70 people on the rebel held town of Khan Sheikhoun.

Israel has struck Syrian army locations many times in the course of the conflict, hitting convoys and bases of Iranian-backed militias that fight alongside Syrian President Bashar al Assad’s forces.

Asked about the missile attack, an Israeli military spokesman said, “We don’t comment on such reports.” they told Reuters.