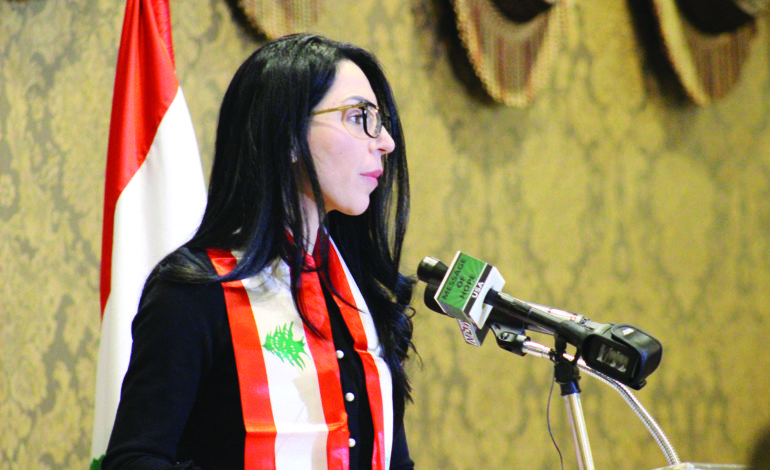 DEARBORN — In a town hall meeting at the Byblos Banquet Hall in Dearborn on Wednesday, April 18, Suzan Mouzi-Yassine, the Lebanese Consul General of Lebanon in Detroit, joined with other speakers in addressing Lebanese Americans on the process of voting in the upcoming Lebanese parliamentary elections.

The event was hosted by Message of Hope.

The voting process is set to begin on April 29. For the first time, Lebanese Americans are given access to cast their ballots outside of Lebanon.

Mouzi-Yassine explained the voting process intricately, including information on voting stations that will be overseen by the Consulate General of Lebanon in Detroit.

She also pointed out that the six polling stations that fall under the jurisdiction of the Consulate General, ­­three of which are in Michigan; one is at the Lebanese Consulate in Southfield; the second is at the Macedonian Cultural Center in Sterling Heights and the third is at the Ford Center for the Performing Arts in Dearborn. 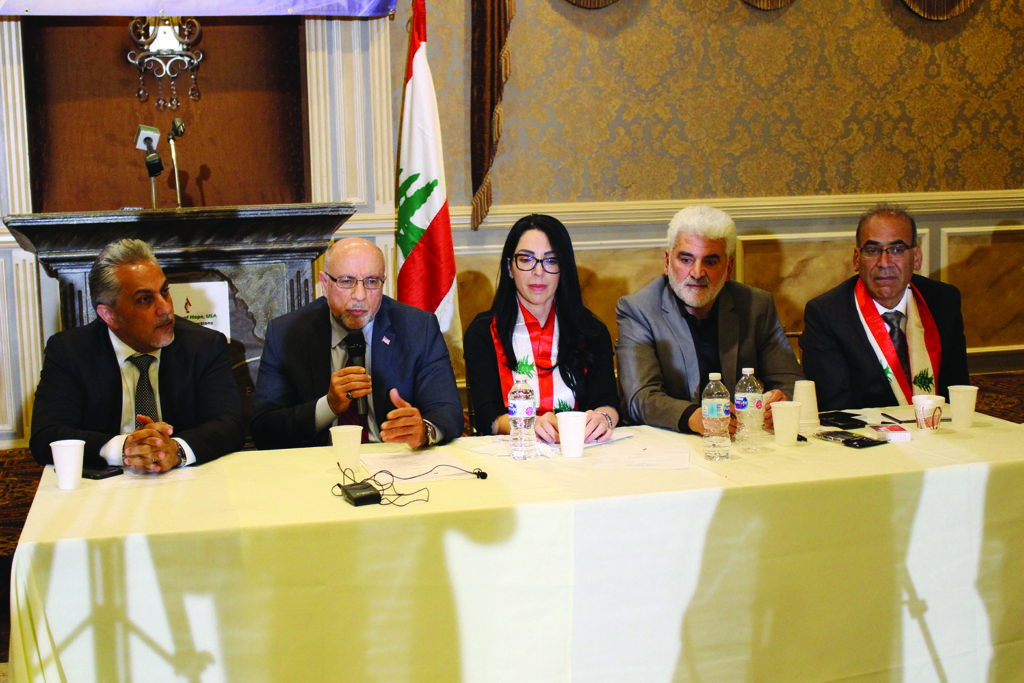 Mouzi-Yassine stressed that “the preparation of independent electoral lists will be in accordance with Article 114 of the electoral law, where the Ministry of Interior and Municipalities will revise the lists sent by the Lebanese missions to adopt electoral centers with at least 200 registered voters.”

Lebanese expatriates had expressed concern that they could face harassment at border checkpoints or even prosecution as material supporters of terrorism if they voted— knowingly or unknowingly— for candidates associated with Hezbollah, which the United States classifies as a terrorist organization.

Mouzi-Yassine said those fears are “unsubstantiated” and that the Lebanese people should vote without reservations.

“We are keen in the consulate to carry out the tasks assigned to us with regard to supervision of the election and take into account the principle of electoral secrecy with all seriousness and responsibility,” she said.

She urged Lebanese expatriates to vote intensively, pointing out that their votes hold weight in bringing change to the electoral process.

“On your part, you are strengthening the association of belonging to the homeland, and on the other hand you are contributing to your vision of the administration of the state by bringing your representatives to parliament,” she said.

19th District Court Judge Sam Salamey and Message of Hope Chief Hussein Elhaf also addressed the audience on the process and importance of voting. Judge Salamey said the new electoral law is a “great achievement” because it “gives for the first time the right to vote for Lebanese expatriates” and that “it will, in part, give you a sense of what it is like to be a Lebanese citizen.

“There are real concerns about the alienation of the Lebanese people in some Western countries, especially the United States, which places some Lebanese parties on the list of terrorist organizations, Salamey said.

“We do not agree with this classification,” he added. “And we have done everything in our power to change the negative perception towards important segments of the Lebanese nation, but as long as U.S. law prohibits the material and sensory support of these organizations, we as American citizens are committed to the American legislation.”

Salamey also stated that the U.S. Constitution guarantees people the right to participate in the electoral process in America and in their countries of origin.

“Therefore, there is no place for concerns or worries,” he said. “Everyone has the right to participate. We insist on the success of the electoral process in general and in this city. We also insist that the participation be strong and effective. Voters must cast their ballots without fear. ”

“Vote with no worries,” Elhaf said in a concluding speech.

In a Q&A segment, Mouzi-Yassine confirmed that the Lebanese Ministry of Interior will publish on its website during the next few days the electoral lists, while pointing out that the Consulate General of Lebanon in Detroit has allocated three phone numbers to help the Lebanese expatriates and answer their questions and queries.

Regarding the possibility of U.S. authorities investigating the results of the elections, Salamey stressed that “the secrecy of the vote is guaranteed.”

He advised that in the case where a Lebanese expatriate is held accountable for voting for Hezbollah-backed candidates, he or she can refrain from answering.

“The U.S. laws are clear in this regard,” he said. “We abide by their laws, but they cannot impose on us love or hatred or support for a certain party.”