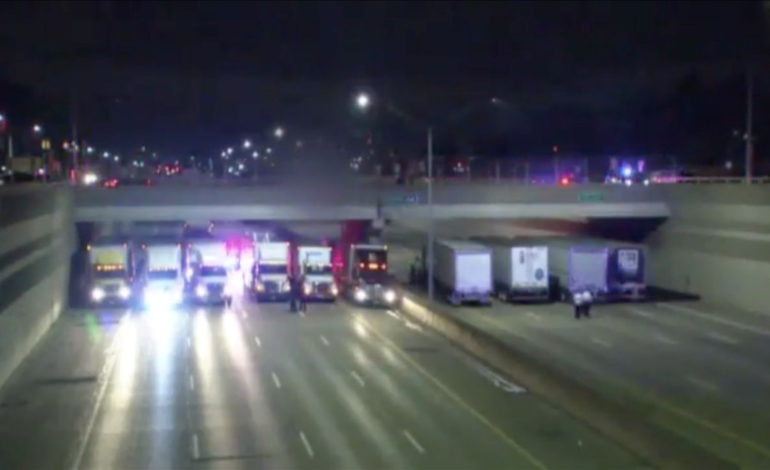 DETROIT – The lanes of Interstate 696 near Detroit were closed Tuesday morning, April 24, as Michigan State Police and members of the trucking community organized in an unique and awesome way to help a man threatening suicide on a highway overpass.

Just before 1 a.m., a call came in about an unarmed man on the bridge, Fox 2 reports. In response to this man’s suicide threat, police closed the highway and organized a convoy of 13 semi-trucks to park under the overpass and shorten the distance he would fall if he jumped.

Eventually, the man did not jump, as negotiators talked with him for hours until the situation was resolved. The man walked off the bridge, and police took him to a hospital for evaluation.

Oakland County issues emergency health order requiring masks in school; parents protest in Macomb County after learning it will not be mandating masks