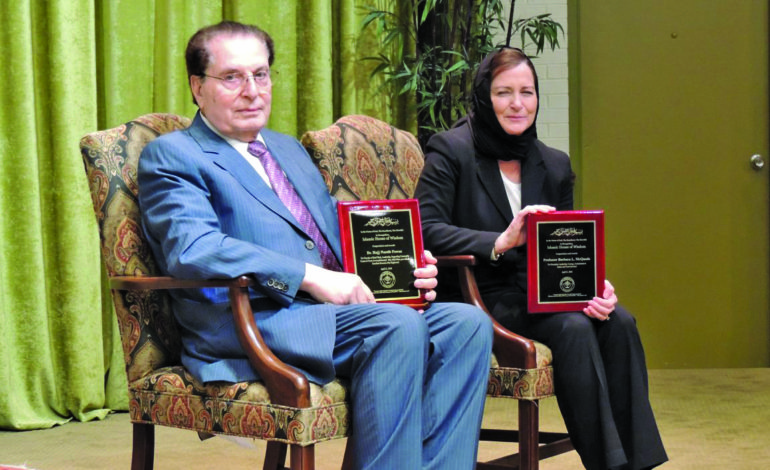 “Barbara was admired for her public services and for standing for justice,” Imam Mohammad Ali Elahi, the spiritual leader of the IHW, told The AANews. “And especially for showing support for the Muslim community against Islamophobia.”

Former President Obama appointed McQuade as U.S. attorney for the Eastern District of Michigan in 2010. She served until March 2017 when she and 45 other Obama-era U.S. attorneys stepped down at the request of the Trump administration.

Elahi said Fawaz was honored, “for his leadership in the community, his success, his contributions [and] his service.”

Fawaz is currently the founder and Chief Executive Officer of Energy International Corporation. He also founded the American Arab Chamber of Commerce in 1992. He’d previously been awarded the “highest Lebanese Medal for Lebanese Expatriates throughout  the world.”