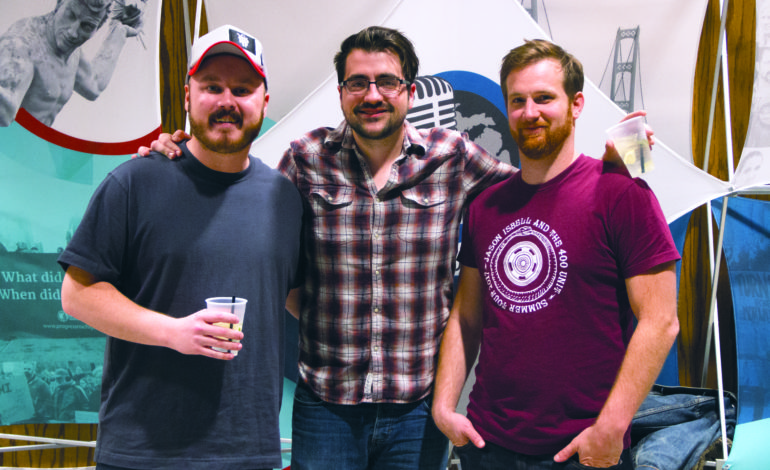 WARREN – The co-authors of “The Liberal Redneck Manifesto: Draggin Dixie Outta the Dark” performed to a sold out crowd of about 600 at the Michigan Regional Council of Carpenters and Millwrights (MRCC) Banquet Center on April 21.

Progress Michigan and its sister organization, Engage Michigan, presented the comedy show by Trae Crowder (“The Liberal Redneck”), Corey Forrester and Drew Morgan, who are currently on a nationwide WellRED comedy tour promoting their book.

Lonnie Scott, executive director of both Progress Michigan and Engage Michigan, said that they contracted with the artists for the annual fundraising event and the MRCC provided the venue free of charge.

Scott said this was the group’s most successful fundraising event since it began holding them four years ago.

“Progress Michigan serves as a communications hub for the progressive community,” Scott told The AANews. “As a government watchdog group we fight for progressive values, advance progressive ideas and hold elected officials accountable when they don’t live up to those ideals.”

Scott said that the organization wanted to provide something different for political event attendees.

“These are some of the most hilarious people I have ever heard in my life,” Scott told the crowd. “We always try to do an event that is a little bit different than most of the political events you’ve probably been to.” 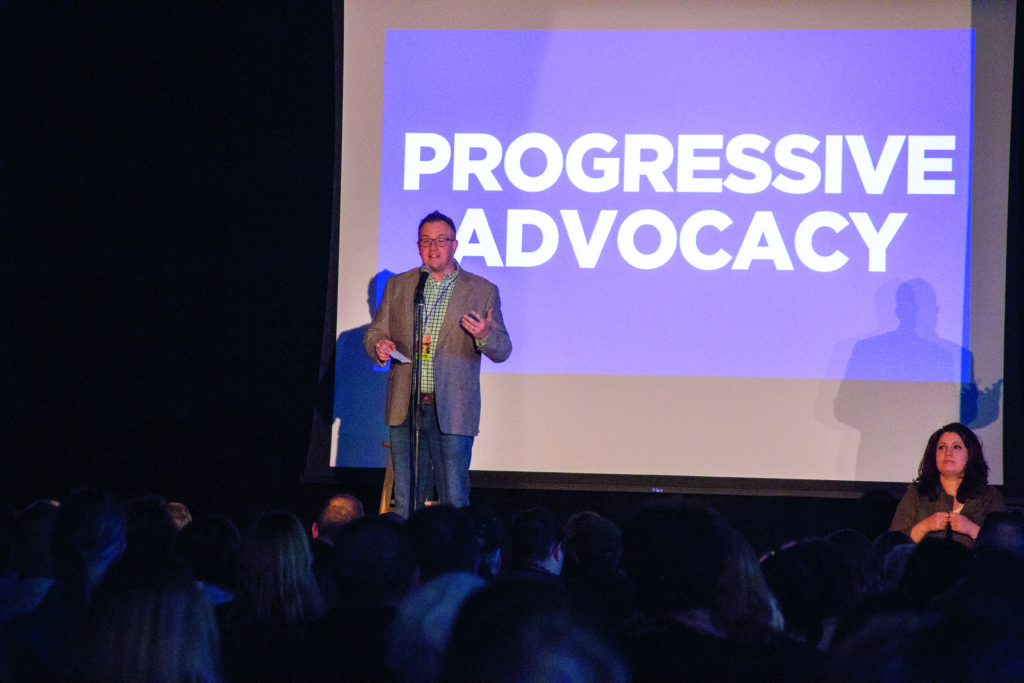 Crowder, Forrester and Morgan each performed a stand-up routine. The trio had also performed in Lansing the previous evening.

The comedians began touring in the Southeast and have grown to a national scale in the past few years after a series of viral videos from Crowder.

“Being WellRED is about celebrating all that’s good about the South while leading the Redneck Revolution and standing proudly blue in a sea of red,” the WellRED tour website reads. “Smart, hilarious and incisive, the Liberal Rednecks confront the Confederacy of Dumbasses, tackling everything people think  they know about the South, the good, the bad, the glorious and the shameful.”

“Progress Michigan is a (c)(4) or a social advocacy organization,” Scott told The AANews. “That’s where we do accountability for elected officials and push broad progressive ideas. From the (c)(3) side we work with alot of the local community groups to help them with their communications needs.”

According to its website, Progress Michigan’s mission is to “provide a strong credible voice that holds public officials and government accountable and assists in the promotion of progressive ideas and uses state-of-the-art web-based new media to creatively build grassroots support for progressive ideas.”

The Michigan Regional Council of Carpenters and Millwrights, the United Auto Workers and the Michigan Education Association were among the evening’s main sponsors.