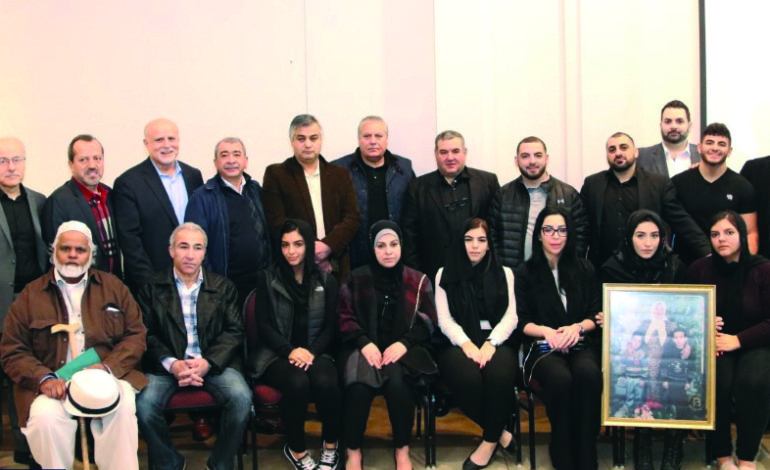 DEARBORN – The Qana al-Jalil Committee, in cooperation with the Congress of Arab-American Institutions, commemorated the Qana massacres of 1996 and 2006 on April 22 at The Islamic Center of America.

The event was lead by Ali Mansour from the Arab American News, while Publisher Osama Siblani served as the main speaker.

The first Qana massacre took place on April 18, 1996, during what was called the “Grapes of Wrath operation” in which Israeli Defense Forces fired artillery shells at a United Nations compound where 800 Lebanese civilians took shelter. The shelling killed 106 people, including two children from Dearborn.

Hadi Bitar was 7-years-old and Abdulmohsen Bitar was 9-years-old. They were in Lebanon to visit their grandmother.

Katia Bitar, sister of the two Dearborn victims, also spoke at the event.

The second Qana massacre, which took place on July 30, 2006, was also commemorated.

Other speakers at the event included 19th District Court Judge Sam Salamey and Amin Yahya of the Amal movement.

The Qana al-Jalil committee has been in cooperation with the Congress of Arab institutions for more than 20 years, and every year they commemorate the two Qana massacres.