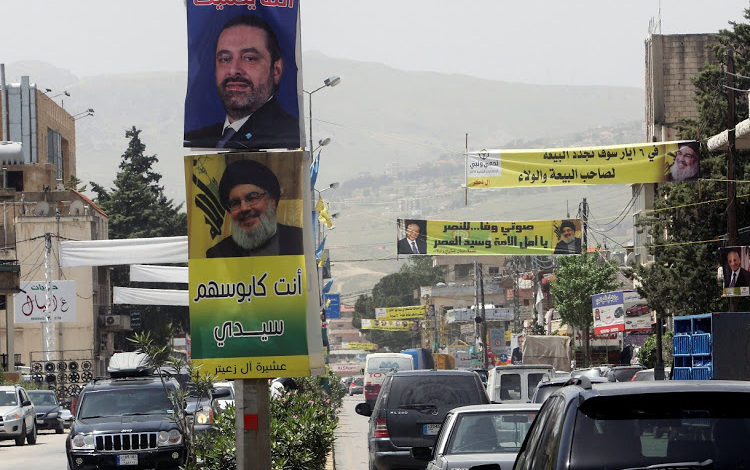 BEIRUT ― The United States urged Lebanon to uphold a policy of staying out of regional wars and a U.N. Security Council resolution that sought Hezbollah’s disarmament, after the Iran-backed group and its allies won more than half the seats in Sunday’s election.

The United States views Hezbollah as a terrorist group and is critical of its role in the Syrian conflict, but has given Lebanon substantial military support.

“As Lebanon looks ahead to forming a new government, we urge all parties to uphold Lebanon’s international obligations, including those contained in U.N. Security Council Resolutions 1559 and 1701,” the U.S. Embassy in Beirut said in a statement.

The two resolutions relate to the withdrawal of all foreign forces from Lebanon, the disarmament of all militias including Hezbollah and the terms of a 2006 ceasefire agreement between Lebanon and Washington’s close ally Israel.

The Lebanese policy of disassociation was declared in 2012 to keep the deeply divided state out of regional conflicts such as the civil war in neighboring Syria. Despite the policy, Hezbollah is heavily involved there, sending thousands of fighters to help President Bashar al-Assad.

The Syrian forces left in 2005 after the assassination of former Prime Minister Rafik al-Hariri.

Winners in Sunday’s election included a retired general, Jamil al-Sayyed, who was one of the most powerful figures in Lebanon during the era of Syrian domination. A close friend of Assad, he won his seat with Hezbollah’s backing.

Several other pro-Syrian Lebanese who have not held public office since the Syrian withdrawal also won seats.

The Western-backed Prime Minister Saad al-Hariri lost more than a third of his seats, though he is widely expected to form another unity government that will include Hezbollah and Lebanon’s other main parties.