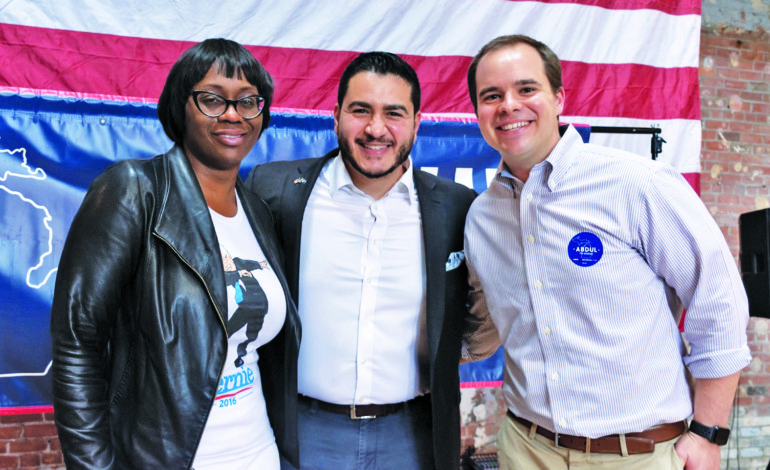 Our Revolution is a national progressive organization that works to support progressive candidates in all levels of government. The organization was founded to carry on the mission of Sanders’ historic campaign and has active local chapters across Michigan.

“More than any other candidate in the race, Abdul embodies the values of Our Revolution and the movement inspired by Senator Bernie Sanders,” Turner said in a statement endorsing El-Sayed. “As governor, he will make working families a priority and will use his expertise to ensure that all are cared for by working to enact policies like Medicare for All, a $15 minimum wage and criminal justice reform statewide.”

Sanders’ won Michigan in the 2016 Democratic primary with a shocking upset against former Secretary of State Hillary Clinton. A large contributor to his victory was the Arab American community in Dearborn — in nearly every precinct in East Dearborn, Arab Americans voted for Sanders in a 2:1 ratio.

El-Sayed said he hopes to carry the momentum from the endorsement into the final months of the gubernatorial race.

“I am so excited to welcome Senator Nina Turner, a tireless leader fighting for racial and economic justice, and to welcome the endorsement from Our Revolution,” he said. “This campaign fights to continue forward Senator Bernie Sanders’ call for a political revolution in Michigan for a more just, equitable, and sustainable future. With their support, we will bring Michiganders together around a politics that stands up to the corporate powers that have bought and sold our politicians— and we will win in August and November.”