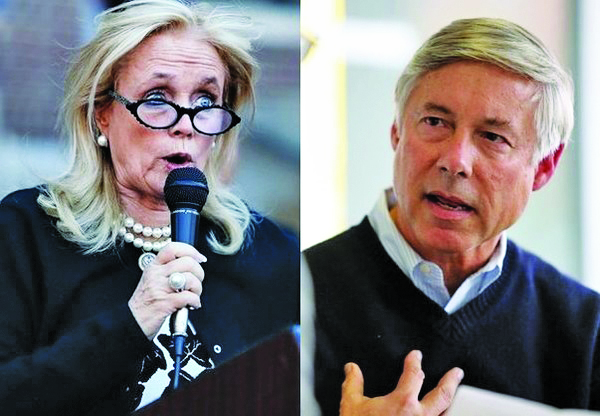 WASHINGTON, D.C. — On Thursday , the U.S. House of Representatives approved a bipartisan amendment introduced by U.S. Rep. Debbie Dingell (D-Dearborn) and U.S. Rep. Fred Upton (R-St. Joseph) expressing the Congress’ strong position that the American and Canadian governments should not allow permanent or long-term storage of spent nuclear fuel or other radioactive waste near the Great Lakes.

The amendment comes as Ontario Power Generation (OPG) continues to seek approval to construct a deep geologic repository for nuclear waste less than one mile from Lake Huron in Kincardine, Ontario. The amendment now moves to the U.S. Senate as part of the Nuclear Waste Policy Amendments Act of 2018.

“The Great Lakes account for 20 percent of the world’s freshwater supply and are absolutely critical for millions of Americans who rely on them for clean drinking water, jobs and their way of life,” Dingell said. “This amendment sends a strong, bipartisan message to our friends and neighbors in Canada that the U.S. Congress is united against storing nuclear waste near the Great Lakes. Rep. Upton and I were proud to get this amendment included on behalf of everyone from the Great Lakes region, and we will continue working with our colleagues to protect these precious waters for future generations.”