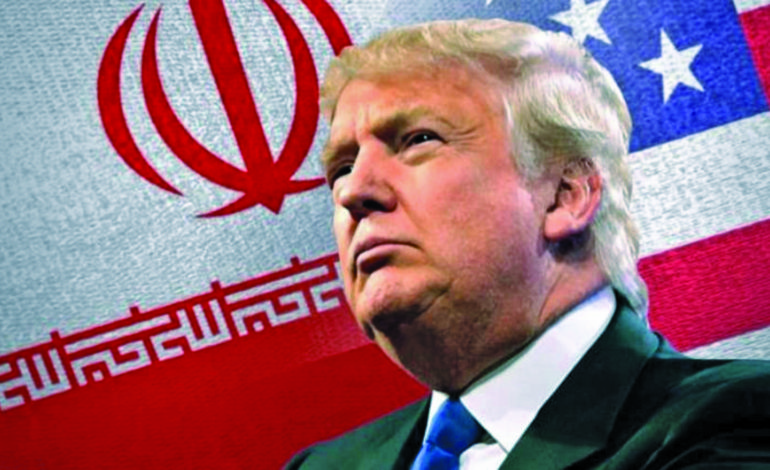 Israel has launched its biggest attack ever on Iranian forces in Syria. This is a serious development, but reports of the entire Middle East being on the verge of all out war fail to fully appreciate the motives and intentions of the various players.

Looked at from the Israeli point of view, it is an excellent moment to act against Iran in Syria because it is unlikely that the Iranians will respond in a serious way.

In the wake of Donald Trump’s withdrawal of the U.S. from the Iran nuclear deal, the Iranians want to show the rest of the world, and particularly the Europeans, that they are the reliable and pacific upholders of the 2015 treaty.

This phase may not last long and does not mean that the Iranians have any faith in the EU states keeping the accord alive. But they do want to ensure that the EU and others will only grudgingly cooperate with the reimposition of draconian sanctions by the U.S.

The Iranian economy will still be very badly hit because international banks and companies will be frightened of being punished by the U.S. Treasury, but Iran will not be as isolated politically and economically as it was before 2015.

The Israelis do not want a wider war with Iran. Israeli Defense Minister Avigdor Lieberman said, “I hope we finished this chapter and everyone got the message.” He added that Israel does not intend the situation to escalate.

Significantly, Israeli Prime Minister Benjamin Netanyahu was heading home from Moscow, where he had been seeing President Vladimir Putin, as the Israeli air force was making the strikes of which the Russians were previously informed by Israel.

It should occur to [Israel and Saudi Arabia] that Trump, though for the moment entirely in their corner, is mercurial and unpredictable.

Netanyahu evidently wanted to reassure Putin that Israel is acting against Iran and is not trying to make a late-in-the-day attempt to change the outcome of the Syrian civil war, which is so far ending with a victory for Russia’s ally President Bashar al-Assad.

The Iranians show no sign of expecting a war with the U.S. or Israel, at least in the near future, whatever the belligerent rhetoric coming out of Washington, Tel Aviv and Tehran.

Israel has accused Iran’s Islamic Revolutionary Guards (IRGC) of firing 20 rockets at Israeli military positions in the Golan Heights late on Wednesday night, but, even if this is confirmed, it would amount to a very tame retaliation by Iran for earlier Israeli airstrikes. Iran’s enemies are not seeking military confrontation, said the deputy head of the IRGC, Brigadier Hossein Salami, on Thursday.

“They want to pressure our country by economic isolation,” he said, adding that the Europeans were powerless to salvage the deal under which Iran had curtailed its nuclear program in return for a reduction in sanctions.

The bellicose threats against Iran coming from Israel and Saudi Arabia may be leading to a misunderstanding. Leaders in both countries may be eager for the U.S. to have a military confrontation with Iran, but they would prefer to cheer on Trump from the sidelines rather than become involved in a war themselves.

Israel has grim experience in the past of becoming engaged in an unwinnable war in Lebanon between 1982, 2000 and 2006; and, since 2015, Saudi Arabia has been suffering a similar failure in Yemen.

An American military attack on Iran might, indeed, happen, though not immediately and, if it does occur, it may well be because of a U.S. misunderstanding of the real options available to it.

The one most agreeable to the White House would be regime change in Tehran: The association of leading figures in the administration like the national security adviser, John Bolton, with exiled Iranian opposition groups like the Mojahedin-e-Khalq may have be encouraging delusions about the likelihood of this happening.

The Iraqi opposition in 2003 successfully encouraged similar fantasies in Washington and London about the political state of Iraq prior to the U.S.-led invasion.

Trump may similarly be deluded about the chances of sanctions driving Iran to a new nuclear deal which would in effect be terms of surrender dictated by the U.S.

No doubt the revived sanctions will be devastating for the Iranian economy, but Iran has survived a more onerous economic siege in the past while, this time round, ordinary Iranians will be more likely to blame the intransigence of the U.S. rather than that of their own leaders.

The only alternative left for Trump would be military action, particularly if Iran goes back to enriching uranium as it is likely to do, given that the U.S. has sunk the deal restraining it from doing so.

Israel might take part in such a war, but it is scarcely in its interests to do so. Air strikes against specific Iranian nuclear facilities are one thing, but these might happen on the first day of a very long conflict that would be mostly fought out on the ground.

Iran has an advantage here because it is already on the winning side in the wars in Syria and Iraq.

In Lebanon, Israeli, the U.S. and Saudi Arabia have a good example of the morass they would be getting into because they failed, despite determined efforts over 36 years, to change the balance of power there against Iran and its ally, Hezbollah.

There is likely to be a further well-hidden reason why leaders in Israel and Saudi Arabia may hesitate a little at becoming involved in an escalating confrontation with Iran that could lead to war.

They are delighted that they have an administration in Washington that is singing their tune. Their most propagandist claims are being echoed by the president.

But it should also occur to them that Trump, though for the moment entirely in their corner, is mercurial, unpredictable and even mentally unstable.

He gyrates between isolationism and military intervention. He might easily provoke a crisis with Iran from which the U.S. suddenly detaches itself – something like this happened to the Syrian Kurds earlier in the year – or he could one day stumble, along with his allies in Tel Aviv and Riyadh, into a war with Iran through sheer ignorance and miscalculation.

-Patrick Cockburn is an award-winning writer who specializes in analysis of Iraq, Syria and wars in the Middle East. He writes for The Independent.