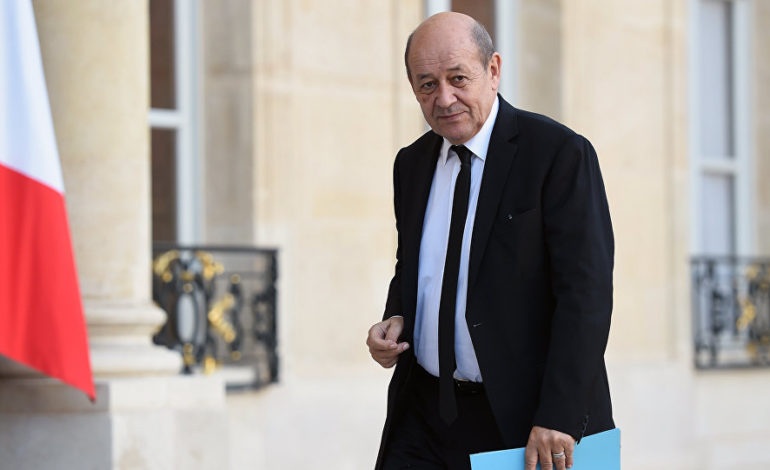 PARIS – French Foreign Minister Jean-Yves Le Drian on Tuesday described the situation in the Middle East as “explosive” and criticized the United States for unilateral acts in the region and Israel for what he said was an unjustified level of violence.

Thousands of Gaza residents turned out on Tuesday for the funerals of Palestinians killed by Israeli troops a day earlier, in the bloodiest day for Palestinians since the 2014 Gaza conflict.

“The situation in the Middle East is explosive, violence is doing the talking, war could loom,” Le Drian told lawmakers in parliament.

“We are committed to the security of Israel but Israel’s security cannot justify this level of violence,” he said.

Monday’s violence on the border took place as the United States opened its new embassy in Jerusalem.

“We have disagreements with the United States,” Le Drian said, referring both to the U.S policy on Iran and to the embassy move.

“We (also) have a disagreement about the method. Because in both cases the United States decided to act unilaterally,” he said.

French President Emmanuel Macron told Israeli Prime Minister Benjamin Netanyahu in a phone call on Tuesday that he condemned the violence in Gaza, a day after dozens of Palestinian protesters were killed by Israeli troops.

“He expressed his very deep concern about the situation in Gaza, condemned the violence and underlined the importance of protecting civilian populations and of the right to protest peacefully,” the Elysee said in a statement.