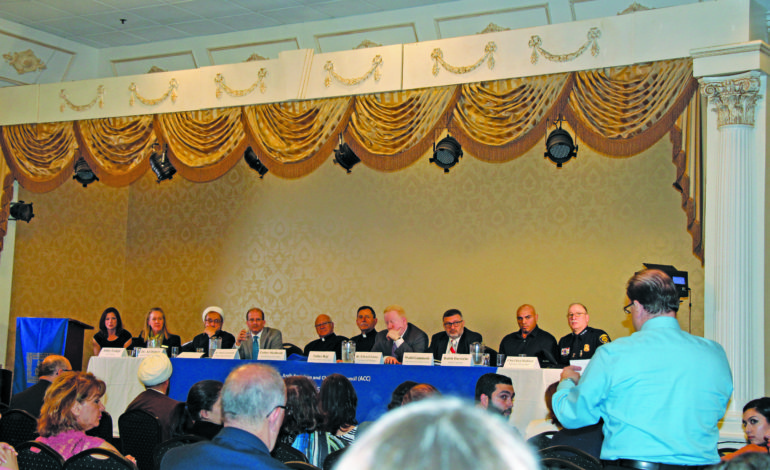 The town hall took place at 6 p.m. at the Regency Manor Banquet Hall located at 25228 12 Mile Road in Southfield. The event was moderated by Amy Lange, Emmy award-winning anchor and reporter with FOX 2 News.

The Town Hall provided updates on the national opioid and heroin epidemic and its affects specifically on the immigrant population. Professionals provided tips on recognizing the signs and symptoms of drug addiction, who is most at risk and where people can turn for help. The Centers for Disease Control and Prevention (CDC) ranks Michigan as 15th in the nation for the number of drug overdose deaths.

“The ongoing opioid epidemic is a crisis we all face, but many are not aware of its affects on immigrants, those who have recently moved to the United States,” said Dr. Haifa Fakhouri, president and CEO of ACC. “Language barriers and stress from new surroundings make immigrants and their families especially vulnerable to drug addiction. The goal of our town hall was to shed additional light on this epidemic, and let our newest citizens know help is available.” “We cannot allow fear or shame to prevent us from talking about the opioid crisis,” Fakhouri said. “We must come together as a community to understand the dangers, recognize the warning signs and provide the needed support with a shared goal of healing.”