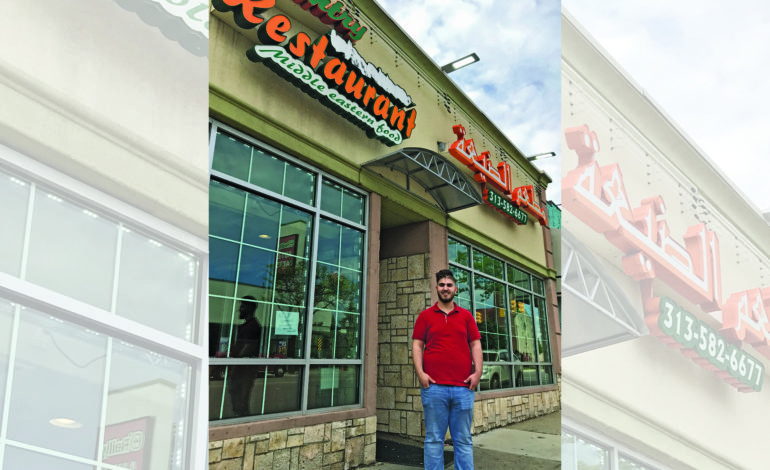 By Keith A. Owens
Special to the Arab American News

DEARBORN – Since the latter part of 2010, Country Restaurant, located at 5131 Schaefer Road in Dearborn, has contracted with Wayne County Senior Services to provide halal meals for Wayne County seniors who qualify for the Meals On Wheels program. More than 60 seniors currently receive halal meals, and in a community that is home to the largest Muslim and Arab American populations in the United States, this is an option that has made all the difference for hundreds of Muslim senior citizens over the years.

For Ali “Mike” Aboukhodr, who has owned the restaurant together with two of his brothers for the past 20 years, the partnership has been a way of giving back to the community in a very special way. He is visibly proud of his young sons, Kassem, whom he is grooming to step into his shoes and take over, and Samer, who also works in the family business. His nephews also assist with deliveries.

“A lot of these people are homebound, they don’t go anywhere,” Aboukhodr said. “They stay at home and nobody knocks at their doors. They have nobody, so when we knock and they see us it’s like their soul came back. They see somebody who’s coming to see them.

“A couple times we found people who died and nobody knew,” he added. “And if it wasn’t for the program [no one would have found out.]”

“A lot of our clients are isolated and they have limited family support,” said Nabiha Rizk, program coordinator for Halal Meals on Wheels. “So it does give them that connection” of having someone come every day to check on them.

“That’s the one thing I always hear from them is how much they appreciate the program,” Rizk added.

The Halal Meals program is the only one of its kind in Michigan, and possibly the entire country. Oakland County Meals on Wheels offers kosher meals to its seniors, but not halal. Halal is Arabic for “permissible.” Halal food is that which adheres to Islamic law, as defined in the Quran.

“The clients for the halal meal have to meet the same criteria as for the regular meals,” said Joan Siavrakas, director of Wayne County Senior Services. “They have to be 60 and over, homebound, typically live alone, typically unable to drive and unable to prepare meals for themselves.”

The importance of good nutrition and of getting at least one well-balanced meal a day cannot be overemphasized, especially for senior citizens, many of whom are incapable of making sure they are receiving their minimum daily requirements without oversight and/or assistance. Meals On Wheels provides that through its volunteers, as well as some added companionship and compassion.

May is senior nutrition awareness month in Wayne County and on Monday, May 21, the county will kick off its first Motor City Wheels for Meals Campaign. The fundraising event’s goal is to raise $300,000 to help seniors in Wayne County who face food insecurity issues. The fundraiser, which begins at 5:30 p.m. (4:30 p.m. for the VIP reception), will be held at George Matick Chevrolet/Matick Auto Wash Facility, 14001 Telegraph Rd. at I-96 in Redford Twp. Tickets are $125, with all proceeds to benefit Wayne County Meals on Wheels.

Throughout the county, both agencies work to serve approximately 6,000 hot meals daily to seniors on weekdays, which include a variety of hot, frozen halal or liquid-nutrition meals, depending on the seniors’  needs. According to Wayne County statistics, nearly 500,000 meals were delivered to the homes of seniors in 2017, with almost 17,080 meals going to county veterans.

“The [Halal] program has very limited funding and Nabiha has to maintain a limited number of clients because of the limited funding,” Siavrakas said. “We do accept donations, suggested donation  of $3 per meal. If they wish to make a donation toward the halal meals, they can make a check payable to Wayne County Senior Services and just write on the check ‘Halal Meals’ and then we’ll know apply the donation appropriately.”