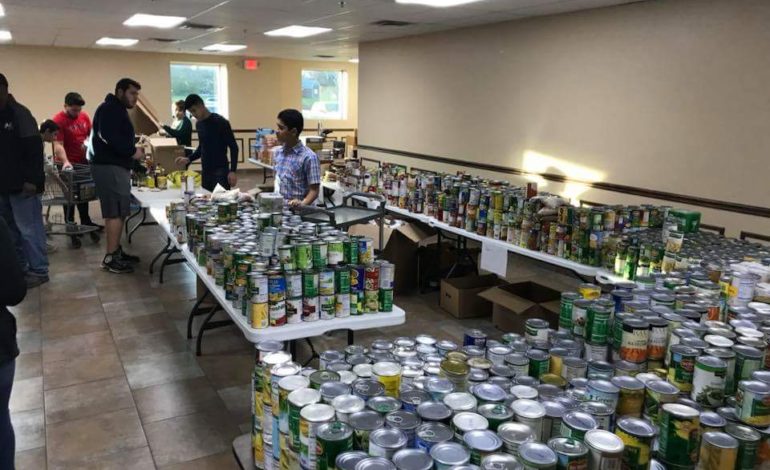 DEARBORN— During the holy month of Ramadan, merchants and community organizations in Dearborn are motivated to be charitable, but they also help the less fortunate throughout the year.

Local merchants deal with the infrequent occurrence of begging, which happens year round, not just during Ramadan.

Danya Saed, a cashier at Arabic Village Market on Dix Road, said begging outside of the store does sometimes pick up around Ramadan, but that isn’t the case this year.

“That’s something that’s been going on for years and years,” Saed said. “I don’t think there’s been any increase; I think it’s the same. I’ve been here about five years; I’ve seen a lot.”

She said whether it’s Ramadan or not, Arabic Village Market gives food to the hungry.

“We give because that’s the Muslim thing to do,” Saed said. “It’s the humane thing to do, not just Muslim. You do what you can.”

She said people who come to the store looking for assistance usually just ask for food items.

“It’s not usually for money,” she said. “Sometimes people come in and they have problems. But if somebody is hungry, we give them food.”

“Last year we had some in general; in Ramadan, some more,” said one of the managers at Dearborn Fresh, who chose not to be identified by name. “But usually I give them food and then they leave. I ask them to leave and say don’t come again. But I haven’t seen very much this year.”

At Islamic Village Market, located on the corner of Dix and Ferney, a cashier who asked to be referred to as Mason said he’d only seen one person begging outside of the store since Ramadan began. The individual left when asked.

Dearborn’s many social service organizations help families and individuals in need so that local markets don’t bear the sole responsibility for charity.

“It really depends on the individual,” Taylor said. “They can see one of our case managers and an assessment is conducted for each of the people who come through our doors to understand the root of what the problem is.”

She explained that ACCESS can lead people who are struggling financially on a path to success and assists where it can along the way.

“We are moving them forward, not putting a band aid on the problem,” Taylor said.

ACCESS offers more than 120 services to clients, from helping people find employment to finding treatment for behavioral and medical needs.

Linda Samarah, communications specialist at ACCESS, said people lacking basic necessities isn’t just a problem in Dearborn, or exclusive to Arab and Muslim Americans, but all over Metro Detroit.

Another organization that provides food and clothing, among other services in Dearborn, is The Amity Foundation, which provides assistance based on individual need.

“We feed everybody, but with a primary focus on Muslim families during Ramadan,” said Amad Elzayat, founder of The Amity Foundation. “But if you know anyone in need, please call.”

Elzayat said he works with local restaurants and other organizations like the Hanini Outreach Center, which also helps to feed the hungry. This year, Elzayat has also been mentoring and assisting a student organization called Mission Possible at Wayne State University.

The founder and president of Mission Possible, Laial Beidoun, is a 20-year-old pre-law political science major and senior at WSU. She said The Amity Foundation has helped Mission Possible this year for its Ramadan initiative to bring food and blankets to the homeless in downtown Detroit.

“We do community service programs for Detroit and surrounding communities,” Beidoun said. “We give food to the homeless and do soup kitchens. We do back to school drives for clothes and school supplies.”

Mission Possible just recently received approval from the federal government for 501(c)(3) tax exempt status. Beidoun said it plans to continue expanding its services to do as much as it can for the Metro Detroit area.

“Right now we also have a toy drive for Syrian refugees that have traveled post war,” she said. “We’re going to give [the toys] to the children whose families can’t afford Eid gifts, which is the holiday after Ramadan.”