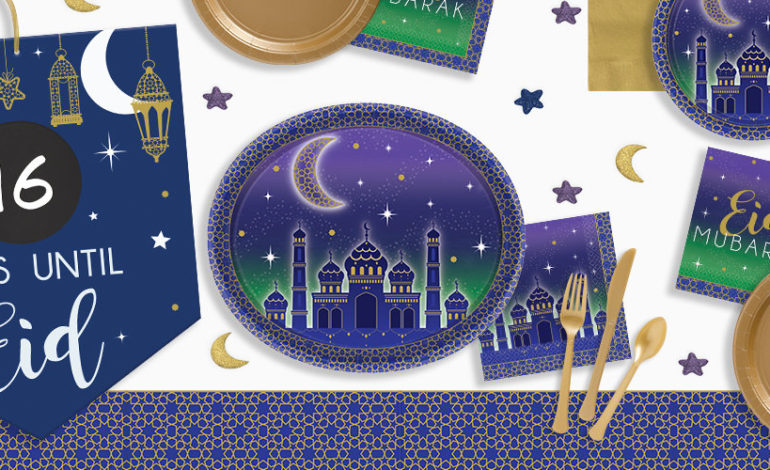 Party City said it’s become the first national retailer to offer a dedicated line of decorations for Ramadan, after numerous requests from customers.

Ramadan began on May 16 and ends at on June 14, kicking off the start of the day-long Eid al-Fitr celebration.

The chain, which has more than 900 stores in the United States and Canada, is offering specialty items in a limited number of stores on a trial basis and first offered the Ramadan and Eid al-Fitr decorations on store shelves in late April.

Party City’s business decision has already paid off, as many of the items are out of stock in stores, according to Party City’s website, although they are available for purchase through the website.

The chain’s six locations within 15 miles of Dearborn, which has the largest percentage of Muslims in the nation, are sold out of most of their Ramadan stock. The items, which include tableware, banners, decals, gift bags and balloons decorated with mosques and crescent symbols, were made by an in-house product design team.

Target, Hobby Lobby and Michael’s do not offer Ramadan or Eid decorations. Walmart’s online store had a small selection of tapestries, tablecloths, pillows and ornaments.

Hallmark continues to offer Eid cards and Tommy Hilfiger has in recent years offered Ramadan-themed apparel. In February, Macy’s introduced a collection of clothing for Muslim women, including hijabs.

But other attempts by companies to cater to Muslims have backfired.

In 2010, customers were unhappy that Best Buy used fliers to wish Muslims a “Happy Eid al-Adha”, prompting it to pull the ad. In 2011, Lowe’s Home Improvement was successfully pressured by a conservative Christian group to pull ads from the TLC show “All-American Muslim.” That same year, Whole Foods backed away from a Ramadan promotion that included giveaways after receiving complaints.

There are about 5.7 million Muslims in the United States, according to a 2014 study by the American Muslim Consumer Consortium, which also estimates that those American Muslims have about $98 billion in disposable income.