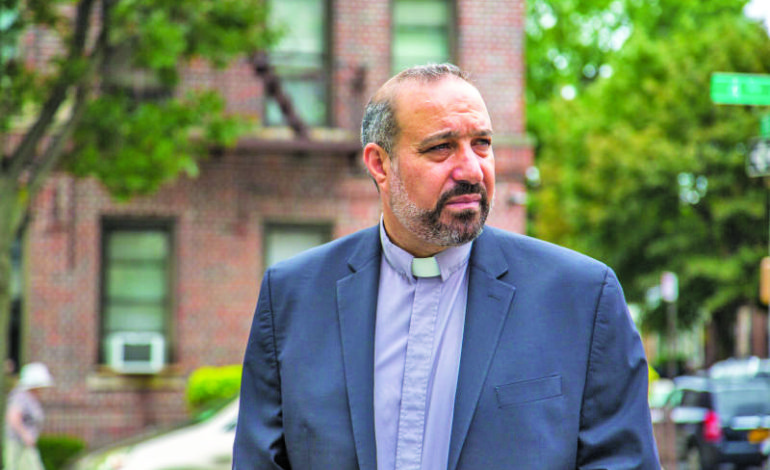 BAY RIDGE, NY — The Reverend Khader El-Yateem, a Palestinian-born cleric who founded the Salam Arabic Lutheran Church 20 years ago and became a political force in Bay Ridge when he ran for City Council last year, announced that he is forming a new political club to carry on his work after he leaves Brooklyn to move to Florida at the end of this month.

El-Yateem announced the formation of the new club, Yalla Brooklyn, on his Facebook page.

In a message to his thousands of Facebook friends, El-Yateem, 49, wrote that his Council run energized the Arab American community in Bay Ridge.

“Which is why, amidst my departure, I am excited to announce the launch of a new political organization called Yalla Brooklyn, a 501(c)4 that will continue building the political voice of underrepresented communities, increasing voter turnout and making political education accessible for all,” he wrote.

Yalla is the Arabic word for “let’s go.”

El-Yateem announced on May 14 that he would be leaving Bay Ridge to move to Florida to head up the Evangelical Lutheran Church of America’s director of ministries program in that state. In his new role, he will oversee 200 parishes. He presided over his final religious service as pastor of Salam Arabic Lutheran Church at 414 80th Street on May 20.

El-Yateem said he is excited about the new political club.

“My departure is a new beginning, and I am excited for the future that this group promises,” he said.

The fledgling organization has already held its first meeting to elect the members of its executive committee. El-Yateem described the club members as “a diverse and talented group of immigrants, young Arab and Muslim leaders and allies.”

The goal is to build on the momentum of El-Yateem’s Council campaign and field candidates in future elections, club members said.

Kayla Santosuosso, who served as El-Yateem’s campaign manager, is a founding member of Yalla Brooklyn. The new club is committed, “to continuing our work to ensure that immigrant communities here at home are a critical part of the electoral process,” she wrote on Facebook.

El-Yateem, a married father of four, who was a member of Community Board 10 and was one of the founders of the Bay Ridge Unity Task Force, surprised many political observers when he announced his Council run early last year.

But he tapped into a large constituency of fellow Arab Americans and political progressives to propel his candidacy forward. He filed more than 2,800 signatures on nominating petitions to get his name on the ballot for the Democratic primary, many more than the 450 signatures he needed.

El-Yateem finished second in a five-person field in the primary in September 2017 to Justin Brannan. Brannan went on to win the general election that November.

El-Yateem would have been the first Palestinian American to serve on the New York City Council.

El-Yateem was born in the West Bank and came to the U.S. in 1992 at the age of 24. He moved to Bay Ridge in 1996, the same year he became a U.S. citizen. In 1998, he founded Salam Arabic Lutheran Church at the site of Our Saviour’s Evangelical Lutheran Church. His congregation includes Arab Christians who came to the U.S. to flee the violence in the Middle East.

Paula Katinas is a writer for the Brooklyn Reporter