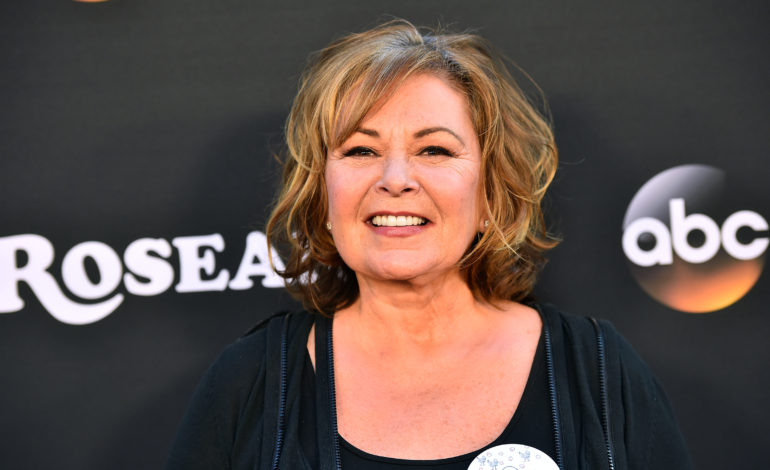 That’s how TV star Roseanne Barr characterized her Tweet that said former aid to President Obama Valerie Jarrett looked like if “muslim brotherhood & planet of the apes had a baby.”

But that so called joke got her hit TV show, ABC’s “Roseanne”, canceled.

In a statement, Channing Dungey denouncing Barr’s comment hours after her apology failed to convince most.

“Roseanne’s Twitter statement is abhorrent, repugnant and inconsistent with our values, and we have decided to cancel her show,” Dungery wrote.

Barr’s Twitter feed, which is rife with crude jokes, Islamophobic rants and wacky conspiracy theories has gotten her in trouble before, but this one stuck.

After brushing it off with a joke, Barr issued an apology.

“I apologize to Valerie Jarrett and to all Americans,” she Tweeted. “I am truly sorry for making a bad joke about her politics and her looks. I should have known better. Forgive me-my joke was in bad taste.”

She also vowed to leave Twitter, but the damage was done.

The show’s consulting producer and comedian Wanda Sykes tweeted that she will not be returning to the show.

Roseanne’s television daughter also Tweeted that he co-star’s comments were “abhorrent and do not reflect the beliefs of our cast and crew or anyone associated with our show. I am disappointed in her actions to say the least.”

In a statement, The Council on Islamic Relations (CAIR) applauded ABC’s decision to cancel the show.

“We welcome the swift and appropriate action taken by ABC and hope it sends a message that the promotion of hatred and bigotry will not be accepted by our nation’s entertainment industry,” said CAIR National Executive Director Nihad Awad. “Ms. Barr has a First Amendment right to express her views, however Islamophobic or racist, but she does not have a constitutional right to a program on a national television network.”

Roseanne has staked her career and comeback on the ’90s working class sitcom on her brash, conservative brand of humor.

The comedy returned to ABC in March two decades after it ended its first run from 1988 to 1997.

The return drew enough buzz to prompt ABC to quickly order another season.