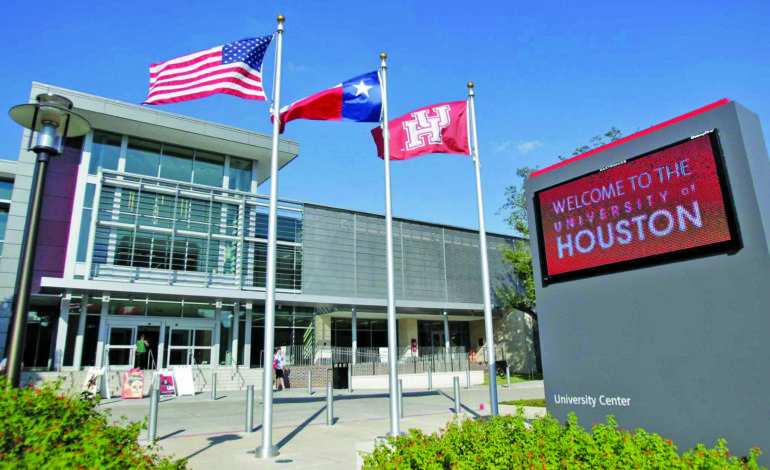 HOUSTON, TX — In February, Vanessa Angélica Villarreal gave a workshop and reading at the University of Houston’s Spanish program in creative writing. The University of Southern California Ph.D. candidate met students and promoted her first book at the event.

But she was surprised in April to hear that, in order to receive payment for her appearance, she needed to sign a clause retroactively pledging to not boycott Israel.

“This is an attack on free speech,” said Villarreal, who earned her bachelor’s degree at UH. “It’s a matter of integrity.”

Agencies across Texas are complying with the law, which Gov. Greg Abbott praised last year as a reaffirmation of support for the state’s “important ally” Israel. But the issue has particular significance on college campuses, because lawmakers have considered whether free speech on college campuses requires additional protections, citing pressure from student activists on some conservative speakers across the state.

Free-speech advocates say Texas’ no-boycott rule does not square with Republican lawmakers’ recent push to include all political viewpoints on college campuses, particularly because protests of Israel have largely been taken up by liberals.

“It’s not reconcilable,” said Brian Hauss, an American Civil Liberties Union staff attorney who was the lead lawyer in a lawsuit against similar legislation in Kansas. “The state legislatures are eager to protect speech they like. When it comes to speech they don’t like, they’re happy to legislate against it.”

Hauss confirmed that his organization is looking into reports of First Amendment violations by the University of Houston.

Campus free speech has become a point of tension at Texas public universities in recent years after conservative speakers, including at Texas Southern University, have seen pushback from student activists. Earlier this year, lawmakers considered at a hearing at Texas State University whether free speech needed additional protections on campus, but some wondered if any state legislation would be redundant to the U.S. Constitution’s First Amendment.

UH spokesman Mike Rosen said that in April the state attorney general’s office told UH that it could exclude campus speakers from the law, though the Houston Chronicle could not confirm that guidance was issued. Villarreal learned that month that UH would not require her to sign the form. The university has a signed form on file, but Villarreal maintains she did not sign it.

Asked whether UH sees a contradiction between free-speech principles and the no-boycott Israel clause, Rosen said, “It’s the state legislature that should be responding to that. We are following the law.”

Rep. Phil King, a Weatherford Republican and the law’s lead author, did not respond to requests for comment.

Fellow author Rep. Carol Alvarado, a Houston Democrat, said she was not aware of any college or university raising concerns to lawmakers before the bill was passed.

Still, she pledged to re-evaluate the law next session.

“Certainly it was not the intent to limit (the) First Amendment in institutions of higher education,” she said.

The University of Texas at Austin has issued contracts with the no-boycott Israel clause to for-profit vendors and contractors, including sole proprietors, spokesman J.B. Bird said.

Texas A&M University spokeswoman Kelly Brown said A&M also includes the no-boycott language now required by the law, House Bill 89, in its contracts, though she could not confirm which contracts required the clause.

Hauss said he did not see a “doctrinal difference” between state contractors speaking on campus or doing other work, like construction. But he said universities have a “special moral obligation” to uphold freedom
of expression among speakers.

Texas isn’t the first state to grapple with no-boycott Israel legislation. In January, a federal judge blocked Kansas’s no-boycott law after the ACLU’s lawsuit, saying it violated the First Amendment. In December, the ACLU filed a challenge in Arizona based on that state’s law.

High-profile controversies have played out in other Houston-area state agencies after Texas’ law was implemented in September.

The city of Dickinson, after Hurricane Harvey, included in an application for aid a requirement that residents state they will not boycott Israel during the term of the agreement. City Council later stripped back that requirement in October after the ACLU called it an “egregious violation of the First Amendment.”

The Foundation for Individual Rights in Education (FIRE), a higher education free-speech advocacy group based in Philadelphia, said state laws with no-boycott Israel clauses can have detrimental effects on free speech on university campuses.

“When there are pieces of legislation that might be read to impact college campuses, legislators…should pay attention to or be cognizant of how it might impact a campus,” he said.

Villarreal, the doctoral candidate at the University of Southern California, said she will no longer speak on Texas campuses, partially because of the policy.

Her work focuses on immigration politics and violence, making the Israeli-Palestinian conflict particularly moving, she said.

“It’s something I can’t be complicit in,” she said. “I cannot accept money from the state, in solidarity with Arab American writers.”

-This report was originally published by the Houston Chronicle.