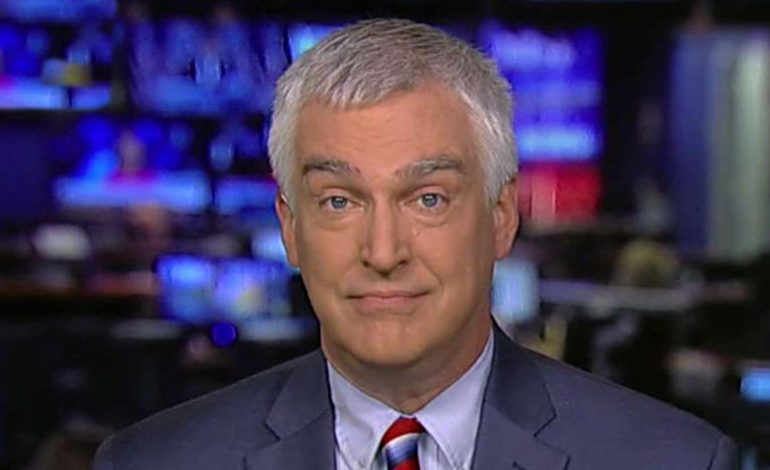 former CIA analyst and a senior vice president at the right-wing Center for Security Policy, is the Council's new Chief of StaffFred Fleitz, a and Executive Secretary and also Deputy Assistant to President Donald Trump.

WASHINGTON – The National Security Council announced last week that Fred Fleitz, a former CIA analyst and a senior vice president at the Center for Security Policy, is the Council’s new Chief of Staff and Executive Secretary and also Deputy Assistant to President Donald Trump.

The Center for Security Policy, which the Southern Poverty Law Center designated an anti-Muslim hate group in 2015, describing it as “a conspiracy-oriented mouthpiece for the growing anti-Muslim movement in the United States.”

Fleitz said in an interview last year with Breitbart News that “there are some communities in the United States that have not assimilated. I’m not concerned about Amish or Jewish communities, but I will tell you that there are enclaves of Muslim communities in Michigan and Minnesota that concern me.”

He was appointed by National Security Advisor John Bolton, whom Fleitz has worked for before as Bolton’s chief of staff in the State Department under President George W. Bush. Bolton and State Department Secretary Mike Pompeo have also drawn criticism for their views on Muslims. Fleitz will be in good company with Bolton, who chaired the Gatestone Institute — which NBC News described as “a nonprofit that has promoted misleading and false anti-Muslim news” — from 2013 till March of this year, just before Trump appointed him as national security adviser.

Fleitz also attacked what he said were “communities where British Muslims are deliberately not assimilating, are being taught to hate British society, and this is incubating radicalism. There’s actually a parallel system of sharia law courts in the U.K. that operate.”

His remarks have drawn concern now that he is in a powerful position in the U.S. government.

U.S. Representative Debbie Dingell (Democrat – MI) who is from Dearborn, Michigan, slammed  Fred Fleitz, for his anti-Muslim comments in an interview last year.

“I am deeply concerned about comments reported to have been made by the newly appointed Chief of Staff to the White House National Security Council.  His statements expressing concern about Muslim populations in Michigan are appalling. In Michigan and across the country, Muslim-Americans are doctors, lawyers, teachers, community leaders and some of the most patriotic Americans I know.  They are literally my next-door neighbors in Dearborn, the city which has been our home for decades. Racism and bigotry have no place in our politics, and especially not in the White House. We must not allow fear and hatred to divide us, and irresponsible statements like this make us less safe. Freedom of religion is a fundamental pillar of our democracy and we must stand together as Americans to protect the values and ideals that make this nation great.”

Michigan has the highest concentration of residents of Middle Eastern descent, according to the U.S. Census. Many of them are Muslim and have been in the state for several generations. Cities like Dearborn and Hamtramck have sizable Muslim populations, which have increasingly become targets of some right-wing commentators.

A spokesman for Michigan Gov. Rick Snyder, Ari Adler, said in response to Fleitz’s remarks on Muslims in Michigan:

“We have a rich, multicultural fabric in Michigan, including a large population of Muslims. People from all religious and ethnic backgrounds provide a special diversity that is part of Michigan’s heritage and our future. Gov. Snyder has worked consistently and successfully with Michigan’s Arab-American and Chaldean populations for many years now. He remains committed to working with community partners to continue his efforts to make Michigan a welcome place for new American residents.”

Flietz’s stands by his “criticism of radical Islam”

On his website, Fleitz said he “is not doing media interviews at this time.”

But a spokesman for the National Security Council told the Free Press: “The attacks on Fred Fleitz as an Islamophobe are another attempt by some to paint the Trump administration with a broad anti-Muslim brush.”

“Fleitz does not believe Muslims are trying to take over the US or infiltrate the U.S. government. He views prejudice and discrimination against any religion as deeply offensive.” The spokesman added.

At the same time, “Fleitz stands by his criticism of radical Islam as a global movement at war with modern society,” said the spokesman for the National Security Council. “He notes that radical Islam is a greater threat to the vast majority of the world’s Muslims who are peaceful.”